11 Signs Your Boss Likes You But Is Hiding It

Destiny FemiJanuary 18, 2023Dating RelationshipsLeave a Comment on 11 Signs Your Boss Likes You But Is Hiding It 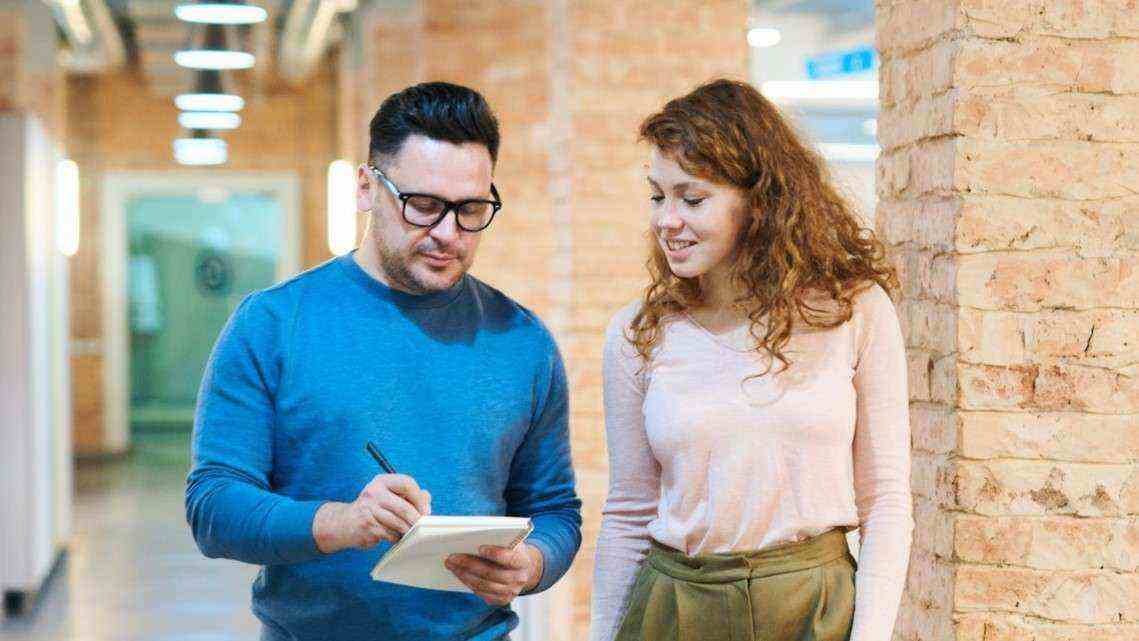 In this article, we’ll discuss the signs your boss likes you (even if he’s hiding it) and what you can do about it.

Are you feeling a little confused about your boss’s behavior lately?

Do you catch them staring at you a little too long during meetings or making frequent eye contact during casual conversations?

Well, let me tell you, you’re not alone!

As we spend most of our days at work, it’s not uncommon for romantic feelings to develop between colleagues. However, when those feelings involve your boss, it can be a delicate and confusing situation. Why?

It’s tough to figure out if your boss has feelings for you, especially if they’re hiding it.

But, as the old saying goes, actions speak louder than words. In this article, we will explore the top signs that your boss likes you romantically, even if he’s hiding his feelings.

The subtle touch can be a tricky sign to read, but it shouldn’t be overlooked.

Imagine you’re in a meeting with your boss, and they casually brush their hand against yours as they pass you a pen. Or, they give you a gentle pat on the back as they compliment your work. These small gestures may seem insignificant, but they could be a sign that your boss has feelings for you.

Think about it, when we have feelings for someone, we tend to want to be close to them, and touch is a way of expressing that.

It’s a subtle way for your boss to make a connection with you, to show you that they care, and to express their emotions without saying a word. It’s a secret language that only the two of you understand.

So, next time you’re in a meeting with your boss and they touch you, pay attention. It might not be an accident, but rather a sign that they like you romantically. And remember, it’s all in the details, the subtle touch can speak volumes.

“The extra effort” is like a secret code for “I have feelings for you.”

When your boss is always going above and beyond to help you out, it’s a sign that they care about you more than just a coworker. Think of it like a chef who puts in that extra pinch of salt to make the dish perfect, your boss is doing the same with you and your work.

For instance, they may be taking the time to review your projects more thoroughly, offering to help you with extra tasks, or even staying late to ensure your work is completed to the best of their ability.

It’s like they are trying to impress you and show you that they care about your success. They are putting in that extra effort to make sure you shine, and it’s a sure sign that their feelings for you go beyond the professional realm.

[Related: 15 Sure Signs He Likes You But Is Hiding It]

It’s not always easy to tell if someone is flirting with you, but when it comes to your boss, it can be a little tricky. It’s important to keep in mind that there is a fine line between professional and personal behavior.

But when it’s so obvious that your boss is flirting with you, it might be a sign that they’re interested in you romantically. It’s not just a one-time thing, it’s a consistent behavior that becomes hard to ignore.

For instance, you’re walking into the office and your boss is always making those little flirtatious comments, the ones that make you feel like they’re trying to be subtle but it’s so obvious.

He or she may make jokes or give you compliments that make you feel like they’re not just talking about your work but something more personal. Maybe they’re always asking you about your weekend plans or making a big deal about your appearance.

It’s like they’re trying to find a way to connect with you on a personal level.

If something like this happens to you frequently, it’s normal to feel flattered and maybe even excited when someone is flirting with you, but when it comes to your boss, it’s important to remember that it could put your job in jeopardy if things don’t work out.

So, it’s important to keep an eye on this behavior and make sure you’re not reading too much into it. But if your boss is flirting with you constantly, it’s something worth paying attention to.

Jealousy, the green-eyed monster, it’s a tricky one, but it could be a sign that your boss is hiding that he likes you.

Let’s say you’re chatting away with your colleagues, and suddenly your boss starts to give you the side-eye when you mention a crush or your weekend plans. Or, he comments on you being single and ready to mingle.

Now, why would he do that if he’s not feeling a little bit of jealousy? It’s because he wants you all to himself, like a secret treasure.

It’s a subtle sign but it’s worth paying attention to. It’s like a puzzle, and you have to put all the pieces together to figure out if your boss has a romantic interest in you.

[Interesting: 8 Signs Your Neighbor Likes You]

You notice how your boss is always offering to help you with your career development, like they’re trying to impress you or something.

I mean, it’s not every day that your boss goes out of their way to give you extra attention and favors, you know? But hey, don’t get me wrong, it’s a pretty sweet deal for you. I mean, who doesn’t love a little special treatment, right?

But it’s also a clear sign that your boss is into you. I mean, why else would they be doing all of this? So, keep your eyes peeled, you never know, your boss might just be the one to sweep you off your feet.

Alright, let me tell you a secret.

When your boss starts inviting you to private meetings, it’s a clear sign that they might be developing some feelings for you.

They could have easily talked to you in a group meeting or through email, but no, they want to have a one-on-one with you, why do you think that is? It’s because they want to be alone with you and get to know you better.

And trust me, it’s not just about work, they want to know more about you as a person. So, if you’re getting those private meeting invites, my dear, you should take it as a green light that your boss might be into you whether or not he still hides it from you.

You know when you’re in a meeting and you catch your boss staring at you a little too long? And then you start to wonder if they’re just admiring your work or if they have a thing for you?

Well, let me tell you, that lingering gaze can be a big sign that your boss likes you romantically but is hiding it. They might be too scared to make a move or they don’t want to jeopardize their professional relationship with you.

But trust me, if they’re constantly staring at you, it’s a sign that they’re interested in you. It’s like they can’t get enough of looking at you.

If your boss keeps giving you a lingering gaze, pay attention and see if it’s consistent behavior. It might be a sign that they secretly like you.

8. Consistent compliments on your appearance

When we like someone, we tend to pay extra attention to every detail about them. And when they’re especially looking good, we impulsively want to let them know.

For instance, you walk into the office one morning and your boss stops you in your tracks with a compliment on your new haircut or a new dress you’re wearing.

At first, you might just brush it off as a friendly compliment, but as the days go by, you start to notice that your boss is giving you more and more compliments on your appearance.

They are mentioning how great you look in that new suit, or how that new lipstick looks great on you. It’s not just a casual compliment anymore, it’s a sign that they are taking notice of you in a different way.

Suddenly, you start to think, “wait a minute, is my boss attracted to me?” It’s a subtle yet undeniable sign that they are definitely interested in you in a more than professional way and it’s definitely something to keep an eye on.

You’re sitting in a meeting with your boss and all of a sudden, they turn to you and ask, “So, how was your weekend? Did you do anything fun?”

It might seem like just normal small talk at first. But when it starts happening more frequently and the questions get a bit more personal, like “Are you seeing anyone?”, it might be a sign that your boss has a little crush on you.

Think about it, when someone is interested in you romantically, they want to know everything about you, and what better way to do that than by asking personal questions?

It’s like they’re trying to find an excuse to start a conversation with you and get to know you better. It’s a subtle, yet effective way of showing interest.

10. Making an extra effort to be around you

Maybe you can relate to this scenario:

You’re sitting at your desk, working away on a project, when suddenly, you look up and see your boss lingering around your cubicle. They’re chatting with you, asking you about your weekend, and making small talk.

Then, they stay late at the office, just to chat with you some more. Sounds familiar? Well, that’s not just your boss being friendly, it’s a sign that they’re interested in you romantically.

If your boss has been making an extra effort to be around you, then it’s a pretty strong indication that they might like you. Why? When someone likes you, they naturally want to be around you as much as possible.

11. Invitation to hang out outside work

When your boss invites you to grab a drink after work, or to grab lunch during your lunch break, it’s a clear indication that they want to spend more time with you.

It’s like they’re saying “I like you enough that I want to spend my free time with you, not just when I’m at work”. It’s a subtle way of showing that they’re interested in you, but don’t want to make it obvious at work. So, if your boss has been inviting you to hang out outside of work, chances are, they might have a crush on you.

[Read: 15 Psychological Signs Someone Likes You]