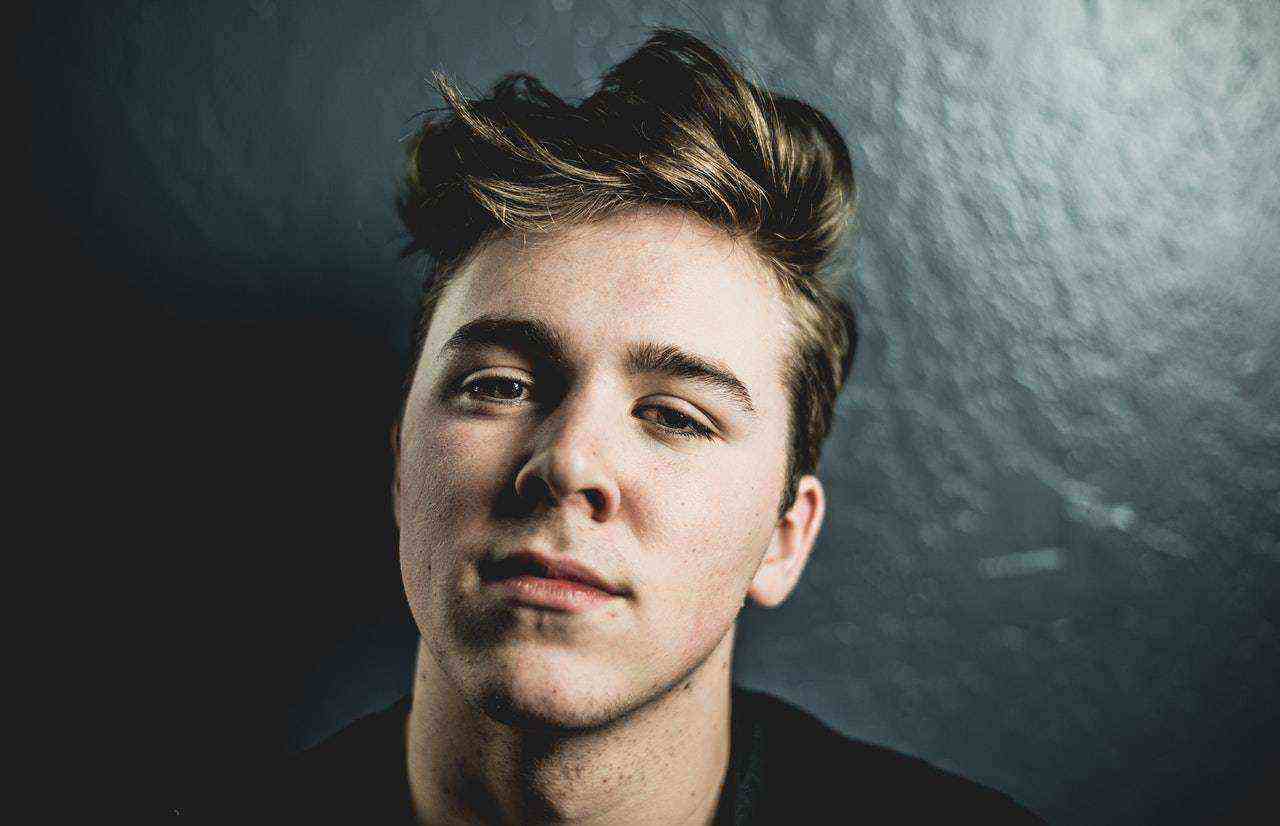 Sometimes it’s hard to tell when you are in a one-sided friendship.

When Lily and I got admitted into the same university, I was ecstatic. We had both been friends since we were five. We lived in the same neighborhood and attended the same elementary and high school.

Since we’ve been together almost all our lives, it’s easy to understand why we were excited we both got accepted into the same university.

During our first and second years of school, we were still super close and made sure to see each other every day after lectures.

In the third year, Lily changed. I hardly ever saw her, and she never called me. Whenever I called, she would neither pick up nor return my calls. I gave so many excuses for her until it dawned on me that she was done with the friendship. By the fourth year, we completely stopped speaking to each other.

Looking back now that I’m completely over the loss, I realize that there were many signs that I missed because I didn’t want the relationship to end.

Whenever we love someone and create space for them in our lives, we become blind to their faults. We make excuses for them, even when we see the red flags.

If this sounds familiar, or if you’re concerned that one of your friends is acting nonchalant and disinterested, here are some of the signs to know that your friend doesn’t respect you.

1. They pull away from you

This is one of the first signs I overlooked in my friendship with Lily. We used to hang out every day after lectures, but when she disconnected from our relationship, she started to pull away.

I hardly saw her anymore, regardless of how hard I tried to reach out. Our daily meetings became once a month until, eventually, we stopped hanging out.

People who really want to be friends with you want to spend time with you. It’s a no-brainer. Besides the fact that it allows you to strengthen your bond and bask in each other’s presence, it’s the best indication that you still got the vibe.

Once someone begins to find excuses to pull away from you, that’s a red flag.

Of course, I understand that as we grow older, we tend to have many issues to deal with. It could be our jobs, families, and other life phases, but a friend who genuinely loves and appreciates your friendship will always make time for you.

2. They never listen to you

One of the biggest purposes of friendships is to have someone you can always talk to and confide in when you’re down.

It’s always nice to be able to share your secrets with your friends and get great advice on what to do. A true friend is empathetic, and wouldn’t place his or her issues above yours.

Understandably, if your friend is going through some personal issues, they might be unable to give you as much attention as they like. But if this becomes a regular occurrence, it is your sign to let that friendship go.

Related: 6 Signs Of A Toxic Friendship You Shouldn’t Ignore

3. They trash talk you in your absence

Any friend that loves you should be able to stand up for you, even when you are absent. This is the essence of true friendship.

Any friend who talks down on you or joins other people to pick on you is not a real friend and should be cast aside.

It might be hard to make that decision, especially if you’ve both been friends. However, everyone deserves real friends who can defend and support them publicly and privately. If your friends don’t do this, you should end that relationship for good.

4. They pick on your insecurities

Almost everyone has gone through this with so-called friends before, and it’s one of the worst signs your friend is toxic.

April and I started as work friends but eventually got close. We lived in the same apartment complex, so we always left for work and returned home together. This gave us ample time to get to know each other and share some secrets.

During one of our hangouts, we got to the bar and were having fun when a few of us started dancing. They playfully invited me to join, but I declined, stating I was tired. That was when April said, “No, she doesn’t dance because she has short, stubby legs!”

Everyone laughed and found it funny, but I didn’t. My legs were one of my biggest insecurities at the time, and I had told this to April in a rare moment of vulnerability. I was very hurt, and it ruined my entire night. I cut her off shortly after that.

It is an unforgivable offense when your friend uses whatever you tell them in private as public ammunition against you, especially when they know that it is an insecurity of yours. That type of friend does not respect you.

5. They aren’t there when you need them

In a healthy relationship, you will find emotional safety and balance amongst your friends, regardless of their busy schedules. As Steve Maraboli rightly put it,

True friends will leave everything to be with you whenever you are down or emotionally distressed.

If you have friends you can never count on, why are you keeping them around?

You need real friends who will show up at your house with booze and snacks when you are down, not those who will make excuses and bail.

If your friend bails out on you once or twice, it could be that they’re truly busy and swamped with work. However, if this becomes a normal occurrence, you must do something about it.

If you are looking for signs your friend doesn’t respect you, pay attention to how they handle communication.

According to research, the frequency and length of a phone call can reflect the strength of the tie between the callers.

Are you the only one making all the efforts to reach out? You text, call and send voicemails, emails, and even Instagram texts, but a friend that doesn’t respect or value you will not make any effort to reach out.

If you are the only one making an effort, you must reevaluate that friendship.

Another tell-tale sign that your friend doesn’t care anymore is how short the conversation is when you finally get to talk to them. They are always in a hurry to end the call, limiting the details they share.

It doesn’t take much to communicate with friends you truly care about, so if you notice that your friend is finding it hard to stay in touch with you, despite all your effort to communicate, they are likely exhausted with the friendship.

7. They leave clues that it’s over

Of all the signs your friend doesn’t respect you, this is the most painful. Imagine calling someone your best friend, but you’re the last person to hear they just got married.

You were not told about it, nor were you invited to the wedding. It is a clear sign that the friendship is over.

If you are important to a person’s life, there is no way you would be learning new things about them through other friends or social media posts. A friend that values you will give you a call to share important information before telling it to everyone else.

When you notice you’re always the last to find out details about them, you need to set your boundaries and pull away.

8. They only reach out when they need help

Please pay attention to how often your friends call to ask for assistance and how often they show up when you need assistance. It is easy to spot toxic friendships using this method.

Helping your friends out is great because you love and respect them, but the important question is: will they do the same for you? If the answer is no, you know what to do.

9. They ditch you to spend time with other people

There was a time Lily and I planned a hangout after months of me chasing her down to spend time because I missed her.

Before that, she always complained that lectures were getting harder and more stressful, citing that as an excuse for not spending time with me.

After much hounding, she decided she would meet me on Thursday of that same week. I was excited because I hadn’t seen her in months, so when the day came, I was already dressed an hour before the due time.

Unfortunately, twenty minutes before the time we were supposed to meet, Lily called to cancel, claiming an impromptu lecture had just come up. I was sad, but I told her it was okay.

Since I was already dressed, I decided to go to a bar outside the campus. Upon getting there, guess who I saw talking and laughing with a group of girls? Lily. That was the height of it and was the day I cut everything off.

It is one thing to cancel plans because urgent needs come up that you need to meet, but canceling to be with other people shows that you don’t value me or our friendship, which was too much to handle.

If you are experiencing something similar, it is simply disrespectful and unfair. To protect your dignity and respect, you need to get out of that relationship.

While these are clear signs your friend doesn’t respect you anymore, you should try not to make rash decisions. Sometimes our friends are going through stress, which might cause them to act out and withdraw.

Before you finally decide to cut the relationship off for good, make sure you talk to your friend and try to get to the root of the matter. If you notice they have no solid reason for treating you badly, it is time to let go of the friendship.

Friendship breakups are the worst and sometimes hurt more than separation from your romantic partner. It is the reason why people prefer to hold on to their friends, even when the signs are obvious that these friends no longer love or value them.

Always make sure you preserve your dignity and cut off friends who are not making any effort to keep you in their lives. Know that you are special and deserve better.

Also read: How to Command Respect From Your Friends