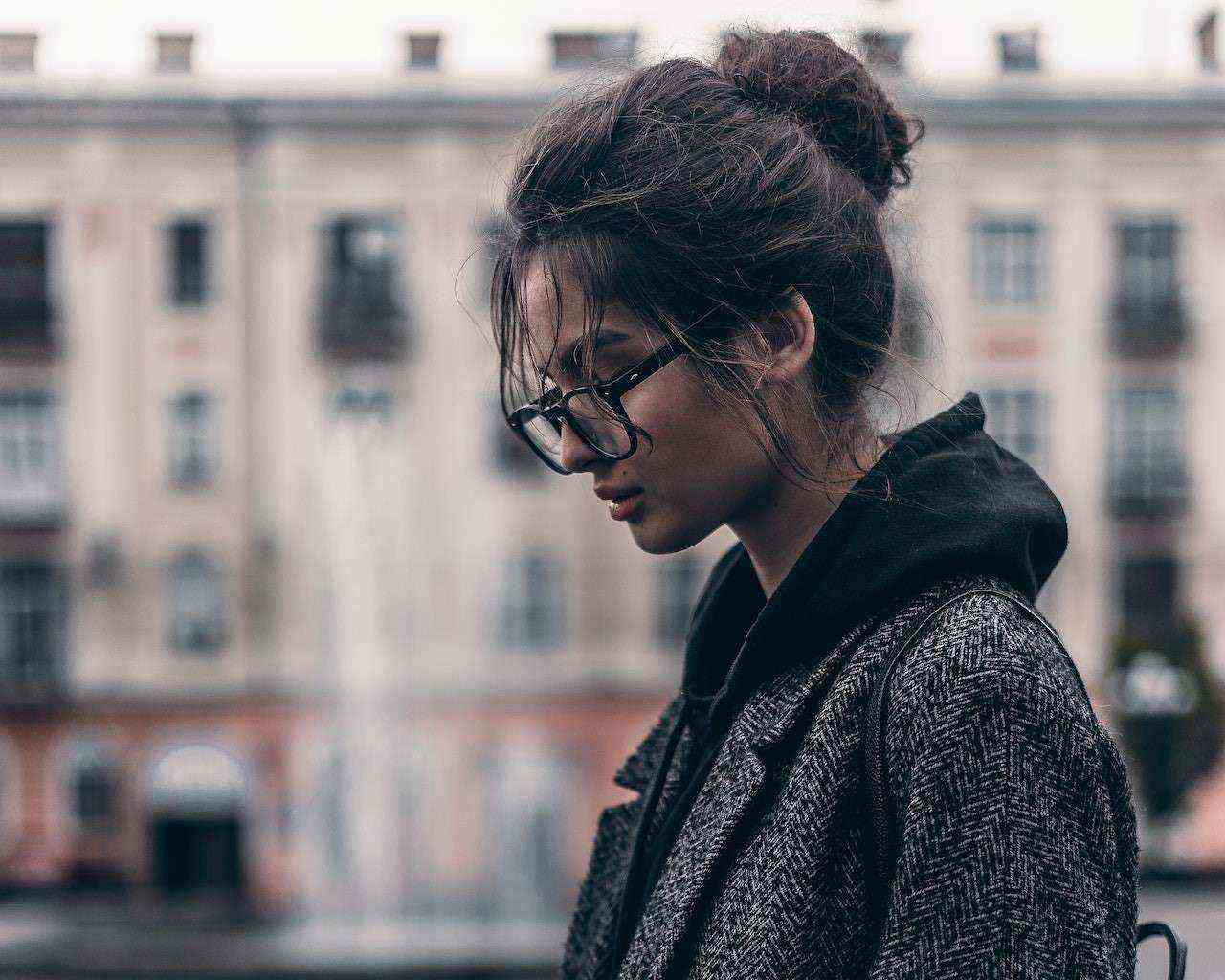 In this article, we’ll discuss some key signs that your neighbors don’t like you. Brace yourself, because you might be experiencing some of them.

Now, imagine being in a room full of people, but feeling like a lone outsider. That’s what it feels like when your neighbors dislike you. It’s like you’re constantly being judged, avoided, and excluded from their social circle.

Every time you step out of your house, it’s like walking into an invisible force field of negativity. Their cold glares and snide comments make you feel unwelcome and unwanted in your own neighborhood.

It’s like you’re living in a small town where everyone knows each other’s business, but instead of being welcomed into the community, you’re shunned and gossiped about. It’s a lonely and isolating experience, and it’s hard to shake off the feeling that you don’t belong.

“The cold shoulder” is a phrase that is often used to describe the feeling of being deliberately ignored or shunned by someone.

Imagine you’re at a neighborhood barbecue, and all of your neighbors are gathered around the grill, laughing and chatting with one another. But as you approach the group, they suddenly fall silent and turn away from you, giving you the cold shoulder.

This sudden behavior change might make you feel like you’re not welcome, and that your neighbors don’t like you. You’ve just been given “the cold shoulder”. You’ve been excluded and rejected by the people around you.

It’s like they’ve given you the figurative cold shoulder instead of the warm, friendly embrace that you were hoping for.

The “silent treatment” is a form of passive-aggressive behavior that people use to communicate their dissatisfaction or lack of interest in someone.

It may manifest in your neighbors’ refusal to acknowledge or communicate with you, despite living in close proximity. Or, avoiding eye contact, ignoring attempts at conversation, or not responding to your friendly gestures.

You’re in a room full of people, but no one is speaking to you. They’re all chatting and laughing with each other, but when you try to join in, they brush you off or give you a cold shoulder.

This is what it feels like when your neighbors give you silent treatment. It’s as if you’ve been cast out of the group and left to stand alone in the corner. It’s not a pleasant feeling, and it’s a clear sign that your neighbors don’t like you.

It’s like a giant “Do Not Enter” sign hanging over your head, telling you that you’re not welcome in their circle.

How can you spot a spiteful stare?

Let’s say you’re walking down the street, minding your own business, when you happen to cross paths with your neighbors. As you pass by, you catch a glimpse of their eyes and feel a chill run down your spine.

It’s as if their gaze is a sharp knife, slicing through the air and piercing into your soul. Their eyes are cold and hard, like two icicles glinting in the sunlight. They seem to hold a hint of malice, a hint of anger, a hint of spite.

Snubbing is like a silent yet powerful message that your neighbors don’t want anything to do with you. Imagine you’re reaching out your hand to say hi and your neighbors deliberately ignoring it.

Or, you’re trying to make plans to have a BBQ together and your neighbor’s response is a cold ‘I’m busy’. It’s like a brick wall of rejection that’s hard to ignore. It’s like your neighbors have created a force field around themselves, and you’re not welcome to cross it.

It’s a clear sign that they don’t want to be friends, or even just to have a casual conversation with you. Snubbing can be hurtful and can leave you feeling confused and lonely, but it’s a clear indication that your neighbors don’t want to have anything to do with you.

[Read: 8 Signs Someone Has a Good Character]

A pet is often considered a member of the family, and like humans, they can sense when someone is not welcome.

Hence, if your neighbors’ pet is always barking or growling at you, it might be a sign that they don’t like you. Pets can often sense their owner’s feelings, and if they’re unfriendly towards you, it could be a reflection of how your neighbors feel.

It might be mirroring the feelings of the owners, and they might be uncomfortable around you. It’s like the pet is putting up a barrier to protect its family from you.

Imagine, a guard dog barking every time you try to approach your neighbor’s house, it’s like the pet is saying “stay away, my family doesn’t want you here”

Of course, just because a pet is hostile doesn’t always mean your neighbors hate you. It’s good to check out other signs to be more sure.

Your neighbors might not be openly hostile toward you, but they could still be spreading rumors and negative information about you behind your back. It’s like a secret war that only they know about.

They are running a whisper campaign, spreading their version of the truth about you to anyone who will listen. It’s like a poison that is slowly seeping into the community and tarnishing your reputation.

The more they talk about you, the more they distance themselves from you, and the more their perception of you changes. It’s a subtle yet powerful way for them to show their dislike for you without any confrontation.

7. They always oppose your ideas in community meetings

You’re a member of a tight-knit community, and every month, the residents gather for a neighborhood meeting to discuss important issues and make decisions that will affect everyone.

You’re eager to make your voice heard and contribute your ideas, but whenever you speak up, you’re met with resistance. Your neighbors, who you once thought were friends, seem to always oppose your ideas and shoot them down, regardless of their merit.

It’s like trying to plant a flower in a garden of thorns. No matter how hard you try, your ideas are met with a prickly reception. Every time you propose a solution to a problem, someone else quickly jumps in to suggest a different idea, and the group seems to rally behind them instead.

You begin to feel like an outsider in your own community, like you’re not being heard or respected. It starts to feel personal, like your neighbors don’t value your contributions or don’t want to hear your opinion.

The meetings, which once were a lively place for the exchange of ideas and collaborative decision-making, now become a source of dread and stress for you. Your every proposal is met with opposition, every time you speak you feel like you are talking to a wall.

You feel like you are in a battle, where you are on one side and everyone else is on the other.

In this scenario, your neighbors always opposing your ideas in community meetings could be seen as a sign that they don’t like you, or don’t agree with you on something. They may have something personal against you or may simply have a different perspective on things and they don’t find your ideas valuable.

8. They complain about you to other neighbors

Your neighbors are spreading the word like wildfire, igniting a sea of negative chatter about you in the neighborhood.

They’re gossiping and complaining to other neighbors like a pack of wild coyotes, howling at the moon about your every move. It’s clear that they don’t have a shred of fondness for you and are trying to tarnish your reputation in the community.

[Read: How to See Through Fake People]

9. They never invite you to social events

If your neighbors are organizing social events in the community, such as a neighborhood barbecue or block party, and you’re not invited, it’s a clear sign that they don’t like you.

You’re always left out, as if you’re a stranger in your own neighborhood. The invitations to community social events never seem to find their way to your mailbox. If you keep seeing this, your neighbors have erected an invisible barrier, shutting you out of their social circle

10. They ignore or avoid you when you meet in public

When you’re out, it’s normal to expect a friendly wave or a quick hello from your neighbors.

But if they’re ignoring or avoiding you when you meet in public areas, it’s like they’re sending a clear message that they don’t want anything to do with you. You’ll often notice them playing a game of “pretend you don’t see them”, as if they’re trying to disappear from your sight as soon as you spot them.

If you frequently notice this behavior from them, it’s obvious they’re trying to avoid any kind of interaction with you. And it’s a pretty clear indication that they don’t want to be friends.

The signs that your neighbors don’t like you can be subtle or obvious, but they all point to the same thing: a lack of connection and camaraderie in the community.

Whether they are avoiding you in public areas, giving a cold shoulder, or spreading rumors about you, these actions all signal that they don’t want to be around you. It’s important to remember that not everyone will get along, and it’s not always possible to be friends with everyone in your neighborhood.

But if you find that your neighbors are constantly displaying these signs, it may be time to start looking for ways to improve your relationship with them.