By Team Growth LodgeJune 14, 2021Entrepreneurship Self-Help1 Comment on Simon Sinek’s 3 Ideas to Make You Standout In the Business World 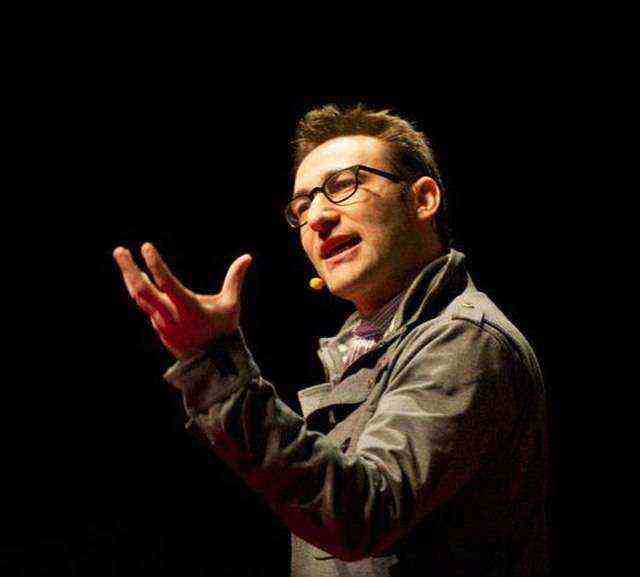 Not everyone who owns a small business is an entrepreneur. Entrepreneurs are problem solvers.

The reason why successful entrepreneurs are highly sensitive to opportunities is that they are constantly looking for a gap to fill or a problem to solve. Famous entrepreneurs like Elon Musk and Richard Branson are so successful because they see things that don’t work — or things that could be better — as their jobs.

For instance, towards the end of his interview with Elon Musk, Chris Anderson asked Elon why he’s doing so much when he already had a successful company like Tesla. From the look on Elon’s face, you can tell he’s shocked by the question because, for him, the real question to ask will be “Why shouldn’t I keep doing what I’m doing when I’m seeing all these gaps that I can cover?”

Everyone who has had remarkable success — like Seth Godin and Simon Sinek — in the business world has a deep connection to what they want to achieve. What drive’s them is the world they see and the possibilities that abound. As Simon said,

“My goal is to live in a world where the vast majority of people wake up every single morning inspired to go to work and fulfilled by the work that they do.”

Here are three ideas that have helped Simon so far in his entrepreneurial journey which he shared with his interviewers on different occasions.

A lesson from Nelson Mandela’s father

We all have different opinions about different leaders across countries all over the world. But Nelson Mandela is a particularly special case study in the leadership world because he is universally regarded as a great leader.

But how did Nelson Mandella learn to be a great leader? Well, like most of the experiences that go on to define who we become, Nelson’s leadership skills have their roots in his childhood.

As the son of a tribal chief, Nelson always went with his father to tribal meetings. And in those meetings, he learned two things that he’ll never forget. The first being that they always sat in circles. Second, and most importantly, his father was always the last to speak.

Though you’ve always been told to learn to listen, here’s a little tweak to that advice: Be the last to speak. Don’t give others permission to speak when it’s already too late. What we often see in meetings is leaders coming up with recommendations on how to solve the problem they just brought up before asking for the opinions of others.

As Simon Sinek said, “The skill to hold your opinion to yourself until everyone has spoken does two things. First, it gives everybody else the feeling that they’ve been heard… And secondly, you get the benefit of hearing what everybody else has to think before you render your opinion.”

The only thing you need to do is ask questions so that you can understand what they mean and why they have the opinions they have, not just what they are saying. Practice being the last to speak, that’s what Nelson Mandela learned from his father.

How to outlast your competition

Your career is infinite. Our lives are finite, but life itself is infinite because when you die, life continues.

On the other hand, some games like baseball, football, tennis, etc., have finish lines. Your goal to get a part in a movie has a finish line — first, you rehearse for the part, then you show up for the audition, after which you either get accepted or rejected. Either way, the goal towards getting the part has come to an end.

Finite goals have finite rewards. Let’s say from a young age you lived all your life in Arcadia, Ohio, and all you wanted to do growing up was get to Broadway; then you finally get to Broadway, now what? You can’t go back to your hometown and decide to get to Broadway again. Why? The drive and the ambition have gone with achieving that goal.

When you devote your entire life to one finite goal and you get there, you won’t know what to do next — a situation that often leads to depression.

Andre Agassi, for instance, wanted to be the greatest tennis player that ever lived from a very young age. This mindset made him view everyone he met in life in relation to how they would help him get to his finite goal. And when he finally achieved his goal, it felt depressing.

Michael Phelps also set out to be the most medalled Olympian in history, a goal which he achieved, but guess what happened next? Yeah… Depression. The saddest reality in all this? Most people won’t even achieve their finite goal — a reality that makes them depressed on its own — but the few that get there often end up in misery as well.

The alternative? As Simon concluded,

“There are finite components to your career, but you should approach your career with an infinite mindset. Sure, you have to win the finite game (you have to get the part first). But immediately you get the part, you convert to infinite.”

All the companies that we see as exceptions, like Apple and Harley-Davidson, all play the infinite game. They frustrate their competitions because they don’t just play to win today, they play to make a change, a change they’ve come to represent over time.

In his talk at CreativeMornings, Simon Sinek gave the following illustration:

Imagine you’re standing in one corner of a big empty room, and you were instructed to go to the opposite exit door in a straight line. If without telling you, a chair is placed on your path, what would you do? Most likely, you’ll walk around the chair to get to your destination.

Here’s the interesting thing about human beings: When we are given a clear destination, we use our own sense of innovation and creativity to overcome obstacles to get to the destination. In other words, the destination is more important for us than the route. Though the instruction was to go to the exit door in a straight route, you were flexible enough to go around the chair because what mattered most to you was the destination.

Now imagine another scenario: You’re standing in the same room and you’re asked to go anywhere in the room in a straight line. In this case, if a chair is placed in front of you, there’s a high probability that you’ll either halt, turn around, or change direction. Why? There’s no motivation or reason to overcome the obstacle.

Though both scenarios had the same obstacles, the only difference is that the first had a clear destination, and as such, there was motivation to overcome the obstacle.

Here’s the thing: People want to feel that the effort that they are exerting is getting them somewhere. Successful recognition is not just for the effort or the steps you take. What’s most important is that the effort you put in gets you or your team closer to where or what you’re aiming at.

For Simon, his infinite goal, as he said, “Is to live in a world where the vast majority of people wake up every single morning inspired to go to work and fulfilled by the work that they do.”

Success is a feeling you get when you know that you’re adding value to yourself and the world around you. Whether it’s making people feel important or having goals that are inspiring and worth following, what matters is making positive changes and creating momentum towards a vision that will last beyond yourself.