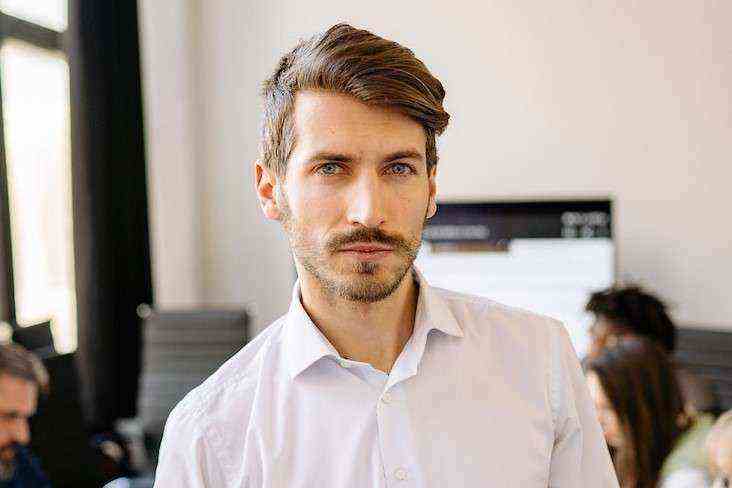 When it comes to social interaction, the littlest things can often have the biggest impact on how people perceive you.

But we often look for the coolest pickup lines and forget the tiniest gestures that could score us easy points.

Influencing people’s perception of you positively isn’t that difficult if you’re not all wrapped in yourself in social interactions. Most people get it all wrong because they want to be noticed. But the most charming people are good at making people feel seen.

Here are some simple things you can do to leave a lasting impression.

It doesn’t have to be a damsel in distress or an aged person. Whenever you’re coming out of a door and someone is coming behind you, hold the door for them.

It’s easy, and it quickly warms your way into people’s hearts because it establishes you as someone selfless and willing to help people out. And who doesn’t like a thoughtful, good person who just does good to random people without expecting anything in return?

Saying thank you to the waiter or the doorman will establish you as someone of good character faster than dressing classy or buying high-budget meals.

“Thank you” shows respect and acknowledgment, and it’s especially more effective when you’re addressing it to someone you don’t have to. It makes people feel important, studies show that saying it also makes you feel good, and it takes nothing from you to tell people.

A nod is your way of saying, without words, “I see you. I acknowledge you. Please go on.” According to studies, people speak to you much longer when you nod to what they say, and it’s no wonder why.

Nodding makes people feel acknowledged, and this in turn makes them feel important.

Imagine a podcast where the host just looks at the guest without any nodding. First, the guest will feel discouraged from talking more. And then even the viewers will feel the lack of connection between the host and the guest. Those nods, as insignificant as they may seem, are one of the major reasons podcasts go on for hours.

4. Putting your smartphone away

By simply putting your smartphone away when you meet someone, you establish yourself as respectful and more mature than the majority of people out there.

Here’s what smartphones do to your social interactions, even if you may not realize it: The most important is that it decreases the empathic connection between you and the person you’re talking to.

It takes attention to be able to establish a rapport between you and someone. You need to look at their eyes and their mannerisms to be able to ask the right questions. And they also need to feel that you’re listening to carry on with what they’re saying.

One of the reasons podcasters have great conversations is that no one is looking at their phones while in between conversations. If it’s a two hours conversation, you’re all in.

Putting your phone away is like the “deep work” of social interactions.

Sometimes you don’t need to be the one being brave, walking up to others, and starting conversations. You may just need to put yourself in a position where it’s easier for people to walk up to you and introduce themselves.

And according to research, when you smile, people feel more comfortable interacting with you, and it’s no wonder why.

If you come across two people in social interactions, one who looks angry and all over his phone, and another who smiles and has fun with everyone he comes across, you’ll most likely feel better about introducing yourself to the latter.

And this is because those who smile — or appear welcoming — reduce our anxiety about rejection. We know, inherently, that someone friendly is less likely to reject us or treat us awkwardly when we walk over to them.

Personally, name calling is one of the most effective skills if you want to quickly make me like you. And the major reason for this, besides the obvious fact that we like our names, is that few people remember to do it.

It takes a conscious effort to form the habit of using people’s names in social interactions. Especially when you just meet people, using their names right away will not come naturally. But it’s the easiest and fastest way to establish rapport with people.

Most of us focus too much on what we say when we’re trying to win people over. But as the saying goes, “Your actions speak so loud I can’t hear what you’re saying.”

As psychologist Albert Mehrabian explained in his book, Nonverbal Communication, people form the majority of their opinion through your actions, not your words. And it’s often the little things you do when you feel no one is paying attention that influence their perception of you the most.

Related: How To Be More Interesting In Social Interactions