8 Things Guys Like In Bed But Won’t Ask For

Adetayo ToluwalopeJune 2, 2022Dating Tips for Women RelationshipsLeave a Comment on 8 Things Guys Like In Bed But Won’t Ask For 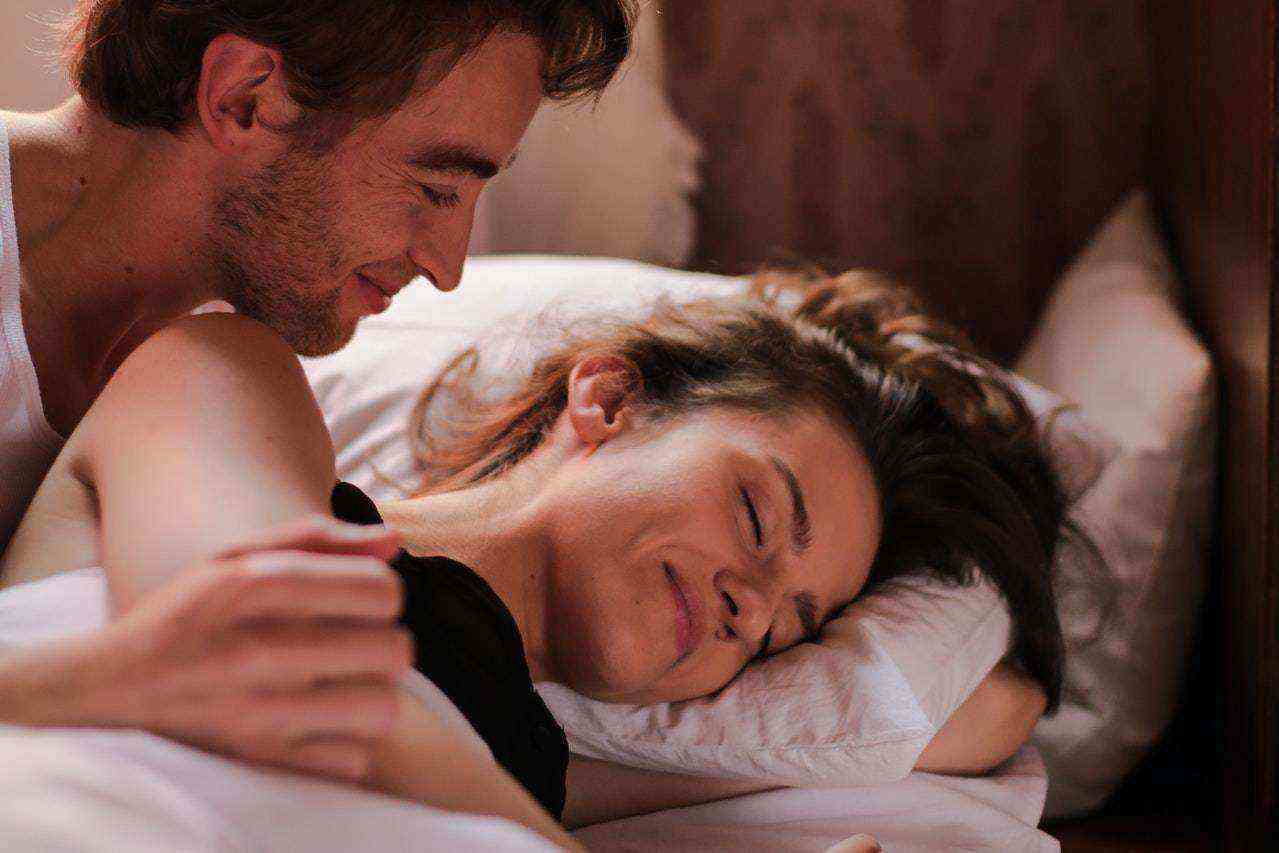 Have you ever laid next to your man after a round of sex, only to be plagued with doubts about the amazing time you’ve just had?

You start to read meanings into every act, every movement, every facial expression, till you conclude that he didn’t quite enjoy it.

News flash, you are not the problem.

No matter how confident or independent you are as a woman; if you are physically intimate with a guy you love or are attracted to, you will be open to a new level of consciousness where you are in tune with every act that occurs during and after the sex.

As studies show, women are more in tune with their emotions and are more likely to notice certain behavioral patterns that might otherwise be oblivious.

When next you ask questions like, Did he enjoy it? What can I do to make this all better? Is there something he likes? You first need to realize that you are not the problem. Women all over the world have been hardwired to think that way.

However, for every problem, there is a solution, and today I’m here to tell you eight things guys like in bed but won’t ask for.

So if you are looking to spice up your sex life, your bedroom antics, or please your man sexually, you need to learn these tips beforehand, because he will probably not tell you directly.

1. They Want You to Be Vocal

Hear me out. I know that not every woman loves to hear herself moan during sex, but trust me when I say that men love to listen to you moan and vocally express yourself while they pleasure you.

But that sensual sigh, the gentle whine, and the occasional moans right into his ear will send him straight to the brink of orgasm. It would help if you tried it tonight.

Being vocal does not only involve moaning or dirty talking; it is also sensual when you compliment your partner’s effort by saying things along the lines of, “This was amazing, babe.” “I love it when you do that.” “I never knew sex could be this good.”

Be creative with it, and customize every compliment to the exact feeling he is coaxing out of you at the particular moment.

But I’m telling you here for free that this is one tip your man will sincerely appreciate if you instill it into your sex life.

Also read: 16 Psychological Tricks That Will Make Him Miss You

2. They Want you to Initiate It

This is probably the most talked-about topic regarding sex. You can only have a well-balanced sexual life if both partners see it as their equal responsibilities to initiate sex whenever they feel like it. There are several studies to back that up.

When the initiation is completely delegated to the man, it becomes a chore, not something to be thoroughly enjoyed.

We understand that women have been societally conditioned to be shy and reserved about sex. So many of them cannot break this conditioning and have now adapted it to their sexual relationships. It will only spell doom if you aren’t careful.

Surprise your man today. While he’s at work, you can set up a romantic candlelit dinner in the living room, give him a massage immediately after, and then set the mood.

This single act can easily lead to one of the most mind-blowing orgasms he will ever have.

Yes, women are impressed by masculinity. They like seeing the man take charge.

It might not be your favorite thing because we won’t pretend that we don’t know it is the receiver who enjoys sex more, but I’m sure you don’t want to be a selfish lover.

These are not things men would outrightly tell you, but trust me when I say it will change the game forever.

Of all the things guys like in bed but won’t ask for, this is probably the most delicate. While most men can easily talk about the above points under the right circumstances, no man would come outrightly and say, “Babe, I want you to be more creative during sex.”

But since this is a brutally honest article, you will find nothing but the truth here.

Creativity is the bedrock of any lasting relationship. Sex can become monotonous and boring, especially when you have it with the same person repeatedly.

5. Be Open to Trying New Things

Men are constantly thinking of ways to spice things up. Generally, they think about sex more than women, which leads to the conjuring of so many fantasies in their heads about different sexual experimentations and fetishes that they would like to fulfill.

They often would not tell you about it, especially if you haven’t created that haven where they should feel free to talk about all their fantasies.

You want to make sure your man is comfortable enough to tell you the things he wants to try. I am not saying you have to agree with everything, but if it doesn’t hurt or go against your principles, it wouldn’t hurt to try some.

I‘m not talking about a geography degree, no. I mean, study your man’s body, learn all his erogenous zones and use it to your advantage.

Most women are always clamoring that men don’t take the time to learn their bodies, but if the scripts are flipped, can you confidently point to the zones that make him squirm and tick?

Here is a common mistake women make: “Men are sexual creatures; it doesn’t matter where we touch, they will get turned on.” While this is not entirely false, it shows a lack of effort, which your man would be unhappy about.

7. Make Him Want You

Of all the things guys like in bed but won’t ask for, this tops the list. There’s no way I can explain this without sounding crazy, but a couple must have reached a high level of intimacy before the man can say, “Touch yourself for me.”

It is easy for a woman to feel insulted by that statement, so men would rather not mention it to be on the safer side.

However, if you are looking to spice things up with your guy, this is an activity you should look into. When you touch yourself, all he sees is confidence and security, which is a great turn-on.

Touch your nipples, play with your clit, and watch him go gaga.

You don’t have to use the bedroom all the time. Put on your Dora the Explorer suit and explore.

There’s the bathroom, the kitchen, and the living room couch; every spot in your house can be used for sexual escapades. You don’t necessarily need to have it planned; spontaneity will make it more interesting.

Here’s an idea: You are watching a movie with your man in the living room. It is the best time to drive him nuts. You can start by massaging his neck while watching TV, then move to his shoulders —remember what I said about erogenous zones?— by now, he is already feeling hot.

He will probably broach the idea of taking it to the bedroom, but this is the moment to show him how adventurous you are. Lie back on the couch, and watch your man go crazy over you.

It isn’t necessarily fear that is holding your man back from telling you all these things; it’s just that he understands sensitivity and doesn’t want you to feel uncomfortable or upset.

The more a man cares for you, the more respectful of your feelings he would be. It is up to you to find out all these hidden fantasies of his and make him feel like a King.

Also read: 15 Interesting Things Couples Should Know About Showering Together