Adetayo ToluwalopeJune 29, 2022Dating Tips for Women RelationshipsLeave a Comment on 9 Things Men Don’t Really Care About (But You Think They Do) 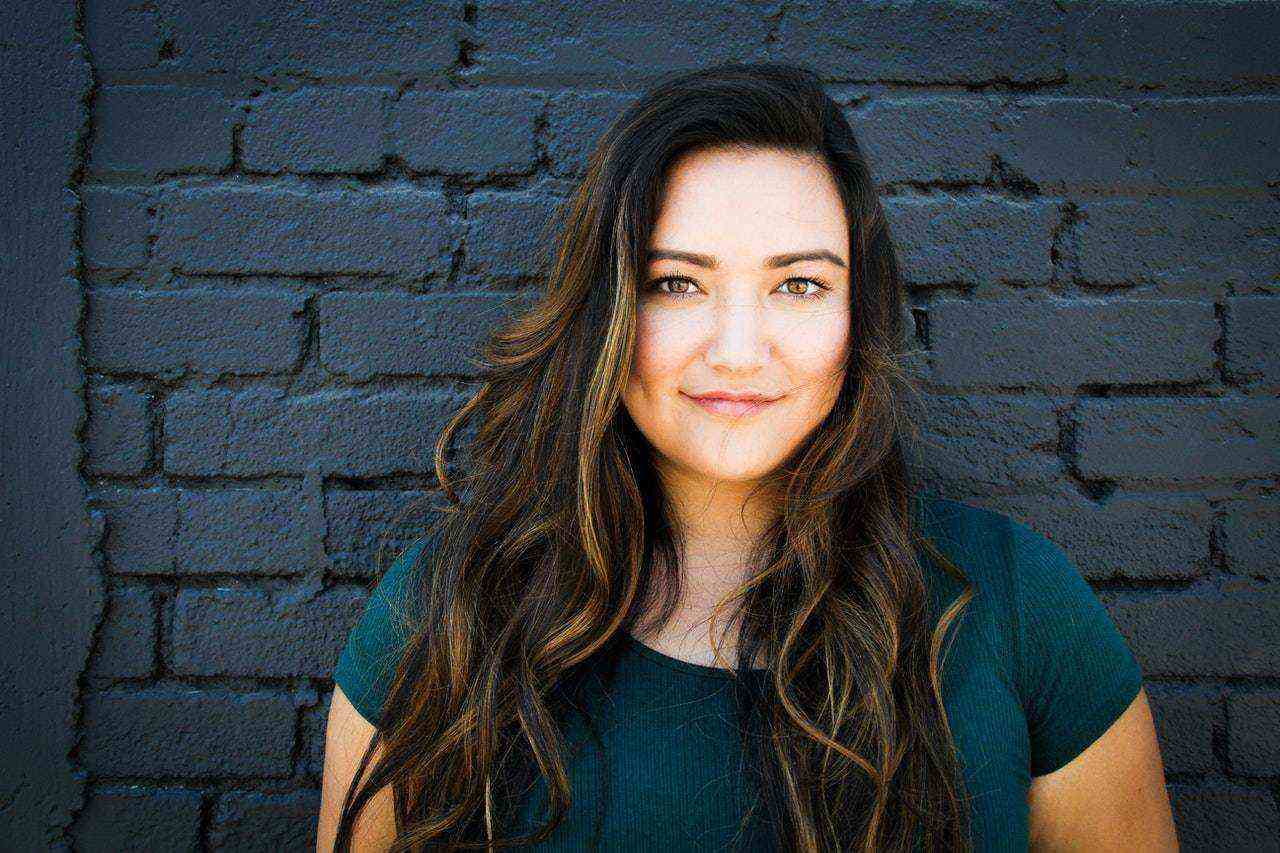 “Barney hardly listens to anything I say,” Jane cried. She was sitting across the table from me at the bar, and you could tell she was upset with her partner of six months.

“I know he loves me, but he just doesn’t seem to care about things,” she continued.

This is one conversation I have had too many times with my friends.

During the earlier stage of dating my husband, I felt the same way. All the things I seem to care about, he showed absolutely no interest in. I would come back from work and excitedly tell him about my day, only for him to forget in minutes.

He loved me, but he couldn’t seem to pay attention.

The thing is, men are different. They love you, no hard feelings, but they don’t care about the things you do in the way you want them to; or in a way your girlfriends do.

It’s not a deliberate act to invalidate your feelings or words; they are just wired to be different. It is not just hearsay; research has shown that men listen differently than women.

During a conversation with their partners, only the left side of a man’s brain is active, whereas both sides of the woman’s brain are actively involved. Remember this information the next time you are yapping on about the latest escapades of the Kardashians, and he zones out.

There’s another survey by the Ladbrokes that shows that men will listen to their friends talk about sex and sports for more than fifteen minutes but hardly listens to their partner past the sixth-minute mark. And according to the same study, fashion/shopping, celebrity lifestyle, and partner’s workmates top the list of things that make men zone out.

In this article, I will expand on the things men don’t really care about that I think you should know. Most of these might be surprising to you, but they will improve your understanding of men.

I remember the first time I spent the night at my boyfriend’s house. I was PMSing, which caused some rash clusters to appear on my forehead. When I woke up the following day, one mirror glance greatly affected my self-esteem.

My face was swollen, and the rash appeared more prominent than usual. When I confessed my worries to my man, he peered into my face for a few seconds before shaking his head. “These rashes are so microscopic. I didn’t see it until you pointed it out.”

There I was, worrying about the rashes on my face while they had been invisible to him.

Men only know the morning face term because women always say it. They do not understand or care about the idea behind it. They hardly involve themselves in makeup or cosmetic routines. They wake up in the morning, wash their face, and boom, they’re done. And this makes them less critical of women and their look-good procedures.

In fact, according to a study performed at Bangor University’s School of Psychology by Dr. Robin Kramer and Dr. Alex Jones, men often prefer women with little or no makeup.

Due to the chokehold pressure of society’s beauty standards, women have become more conscious of their bodies regarding weight gain or loss. They are always on edge, monitoring how much weight they put on or how much they’re losing. But the truth is, these are part of the things men don’t care about.

When a man is with you, it’s because he loves you. They don’t care if you lost or gained a few pounds; in the end, they want you to be healthy and confident in your body.

Related: What Do Men Really Think Of Small Breasts?

Shopping is fun. The process of checking out different aisles and trying on new outfits is just so exciting. But you know what men think about it?  Nothing. Except they’re going out shopping for food, or game consoles, they are that interested.

Unlike women, men don’t leave the house with the intention of going foraging at the mall; they know precisely what they want to buy. They don’t want to be dragged around the mall while you try on five different outfits; that’s why when you walk past shopping malls, you see the man lounging tiredly outside while their women shop inside.

Daniel Kruger, an evolutionary psychologist from the University of Michigan, showed in his study that men hate shopping due to genetic formation.

Traced down to ancestry, even before the establishment of Walmart or other shopping centers, women were known as the foragers or gatherers, while men were hunters. It explains the vast difference in their shopping behaviors.

You know when you’re excitedly talking to your man about the new Fenty or Maybelline powder palettes, and he’s just giving you that blank I-don’t-care look? Well, he actually doesn’t care.

Except your man is in the fashion industry or something similar, the chances are high that he can’t be bothered with whether brown eyeshadow will blend with your skin or not.

Even on dates, too, yes. They will compliment you on your looks, but they don’t pay attention to the highlighter, contour, or dewy finish of your blush. They just want you to look good without being dragged into the process.

Interesting: Women With These 6 Traits Are Diamonds In The Rough

Modern men are beginning to care more about putting an outfit together. They are more invested in wearing great outfits and looking good, and they also want this in their partners. But you know what they don’t notice or care about? Designer labels.

A lady can walk into a room full of men wearing Balenciaga heels with a $2500 Dior dress but won’t turn heads. Meanwhile, the whole room would go agog for another girl in a $20 AliExpress piece.

What does this tell you? Men don’t care about designers or expensive clothing, nor do they want to be pulled into a conversation concerning Versace or Fendi’s new releases. Just look classy, and you’d catch their undivided attention.

Ugh, men can be particularly sore about this topic. They do not want to know about the Mercury retrograde or Saturn Uprising, nor do they need you to tell them they are acting a certain way because they are Pisces.

They do not subscribe to the fact that the constellations or arrangement of the stars or planets have a tangible effect on their characters or decisions at a certain point, which is fine. Save yourself the stress or drama and leave them out of it.

According to Pew Research Center, the little percentage of men who believe in Astrology has dropped since 2009. Ash Reed, a 35-year-old Astrologer, explained men’s detachment to this topic by saying,

“Women are more interested in working on themselves, and men just kind of think they already know what they’re doing. They’re not as open to expanding perspectives about who they are.”

When you ask him where he wants to go for dinner, and he replies, “Anywhere you want”, don’t get offended.

He means what he said. Anywhere you choose is ok; as long as he gets to have a beer, a comfortable seat, and an overhead TV where he can watch a match recap, then you’re good.

You see that back and forth conversation where you list out all the suitable lounges and restaurants you have in mind, but your man isn’t interested. Wherever you choose doesn’t matter because he’s going to order the same steak and pasta dish anyway, so make up your mind because he’s starving.

Related: 8 Things Guys Like In Bed But Won’t Ask For

Again, except he’s in the entertainment industry, your man doesn’t care that the Kardashians just had another baby. Their version of reality TV is sports, music videos, mystery/thriller/action flicks, or even animal documentaries at best.

So when next you’re discussing your favorite celebrity with your man, remember that he won’t remember any details the following day. Men love to see you talk excitedly and passionately about the celebrity shows you love, but please don’t exhaust them with the details.

Don’t get me wrong; men love sex! According to data from Men’s Health, men think about sex an average of 19 times a day.

However, some women are not so liberal when speaking up about their sexuality or drive regarding sex. The truth is, men, don’t care. They are almost always thinking about sex, so be assured that they aren’t going to judge you for yours.

Many women hold back because they feel, “Oh, he’s going to judge me”, or “I don’t want him to think I’m easy.”

You might find many of these things men don’t really care about shocking, but, naturally, the two genders find different things interesting. It doesn’t take away any iota of his affection for you, nor does it mean he doesn’t respect you; he is just on a different biological wavelength.

When you understand this about men, it will help you find a balance and improve communication and rapport between the both of you.