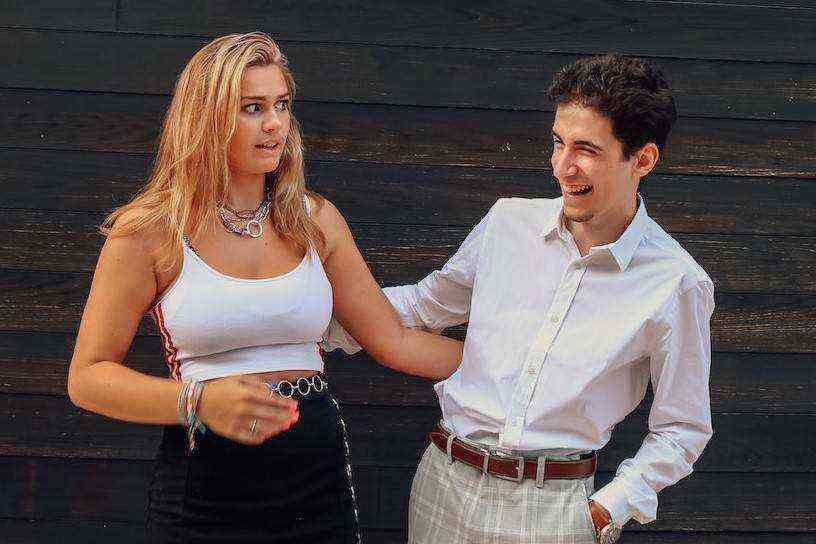 As the Irish writer, Marian Keyes wrote in her book, Rachel’s Holiday,

“The things we dislike most in others are the characteristics we like least in ourselves.”

Admitting our own faults is one of the most difficult things for humans. We will deny, repress, and project, just to convince ourselves that our shortcomings are not real. This is why other people will often see our downsides before we do.

“Some people will never like you because your spirit irritates their demons,” Denzel Washington once said. But the hard truth is, sometimes we are the ones that have the demons. But we would instead project than accept this uncomfortable fact.

It takes emotional maturity to look at your life and confront the things that need fixing. And sometimes we could use some help in pointing out some annoying things that are common among people.

Humblebragging is the act of complimenting yourself in the disguise of self-criticism.

For instance, you’ll hear comments like, “looking too good could be a disadvantage sometimes. Everyone just kept staring at me at Sam’s birthday party yesterday.”

People who humblebrag are attempting to be humble. But this attempt usually comes off as insincere and often egotistical, making it backfire.

According to research from Harvard Business School, job recruiters are less likely to hire people who humblebrag as a means of presenting their weaknesses to their potential employers.

When you humblebrag, for instance, presenting your weakness as being a perfectionist or a workaholic, you come off as insincere, the researchers say. It’s much better to say something that isn’t related to the job as a weakness.

Have you met people who always have a negative interpretation of things? This sort of person is always on the defensive, and once they smell anything even remotely close to an attack, they become offended.

For instance, you compliment a lady about how great she looks in a red gown, but because she’s already insecure about her shape, she insists that you’re mocking her and that you’re just trying to fool her.

Or, a guy who is insecure about his height who insists that your compliment about his outfit was to mock his height.

With these sorts of people, you’re always working on eggshells. You have to be careful not to be too vague with jokes that you say to them because they may interpret it in a different light and pick offense.

Acting too nice, as research has found, has more problems than just the normal “nice people are boring,” talk that we are used to.

In a study published in the Journal of Personality and Social Psychology, participants were given points that they could choose to redeem or keep for meal vouchers.

Surprisingly, some of the participants who constantly gave up most of their points and took a few vouchers were the ones that other members of their group didn’t want to work with again. Why?

Well, when you are too nice, you come off as, sort of, weird. I mean, a normal human being makes use of opportunities when they see one. Who wouldn’t want to get free meals for themselves?

Secondly, the fact that those “too nice” participants kept giving up their points made their teammates look bad. Plus, they suspected the “nice participants” could have ulterior motives.

The findings from this research aren’t too different from what we all think of nice people. When someone is too nice, we either get turned off or get suspicious. Why is he or she so nice? Do they want something?

There’s nothing wrong with being a good person. But being too nice doesn’t make you win people over. It does the opposite. It instead raises red flags about your motives and makes people wonder about the reasons behind your overt display of niceness.

Also read: How to Be Effortlessly Charming

4. Calling praise and attention to yourself

People do this in different ways. Some will play the victim, some will exaggerate things, and some will trample on others to make themselves look good. This is the boss that quickly takes all the credit when it’s time to reap the reward for teamwork. But when there’s any mistake, he (or she) looks for a scapegoat to put it on.

One of the things people like about the actor Keanu Reeves is how well he redirects praise.

In an interview, Keanu was asked how he does all those amazing stunts in the John Weak movies. Keanu didn’t just redirect the praise to the real stunts men, he also went ahead to call their names. This is the opposite of calling for praise and attention.

People who call for praise and attention to themselves usually do it because they want validation. They could do this by posting desperate pictures on Instagram or by lying against someone just to get pity from others.

This one has nothing to do with your personality.

According to research, when you take a photograph less than 45 centimeters away from your camera, you tend to appear less attractive, less trustworthy, and less competent. Faces photographed about 135 centimeters appear to be more appealing.

But we don’t need science to know this. We’ve all seen how different people look when they take photographs too close to their camera. Though this point doesn’t have anything to do with your personality, it’s still one small thing that can make you look less attractive, and consequently make you form the wrong impression on people who haven’t met you.

6. Always taking yourself too seriously

We’ve come across people who can never take a joke that is even a little bit related to them. With these sorts of people, you’re always working on eggshells. And they act this way because they are afraid of being vulnerable.

They can’t laugh at the fact that they are bald or make a joke about how they became tongue-tied in front of their crush at fifteen. Vulnerability makes them feel weak.

They can’t separate their mistakes from who they are, and as a result, they can’t look at their imperfections and just laugh about them.

We like being around people who can laugh at themselves. It shows self-acceptance and emotional maturity. Besides the fact that this helps save you from unnecessary headaches, it also protects you from exposing your weaknesses to people who may want to use them to pick on you.

Interesting: Are You More Attractive Than You Think?

Just engaging in these behaviors once in a while doesn’t make you dislikable. We all will, at some point, fall short of some of these.

However, if any of them are habits that you consistently engage in, then you might want to make some adjustments. Don’t be among those who unknowingly push people away but blame everyone else for leaving them.