What Happens When Men Chase Women?

Destiny FemiSeptember 20, 2022Dating Tips for Men RelationshipsLeave a Comment on What Happens When Men Chase Women? 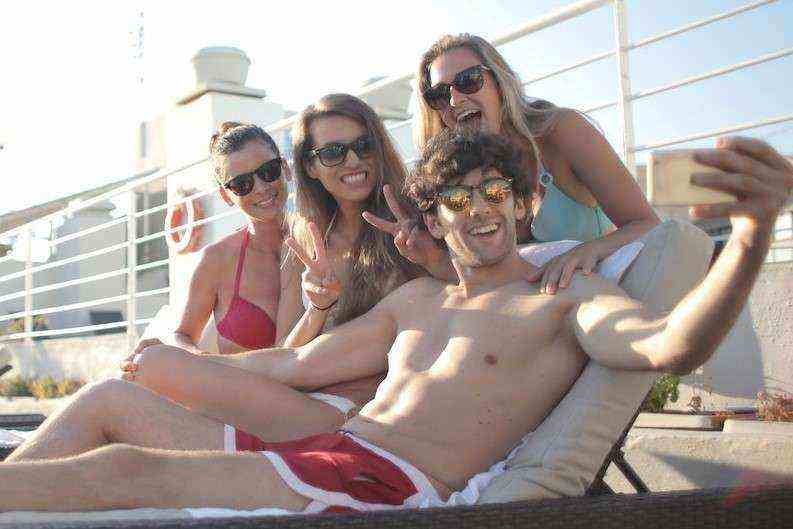 It is a basic principle of human nature that we’ll place a premium on a scarce resource. This is why the guy who constantly has beautiful women around, whether he dates them or not, is going to appear more attractive to women.

“Desire,” Robert Greene explained in The Art of Seduction, “is both imitative and competitive.” We like to have what people desire for ourselves — or at least we want to be a part of it.

Some men don’t understand that there’s a big difference between showing interest and chasing a woman. When she has clearly shown you, maybe multiple times, that she doesn’t want you, but you insist that you must have her validation, that’s chasing, and it’s unhealthy.

But most guys don’t get it. Even when she’s neither replying to their calls nor texting them back, they ignore the signs because they can’t handle rejection. If you’re this type of guy, here are some hard truths you should understand.

1. You’ll most likely finish the same way you started

Romantic Hollywood movies have sold us the idea that when you chase a woman forever, you’ll have a happy ending at some point. But the hard truth is things only go this way when the ending is already scripted.

In reality, more chasing will only make you more annoying. And even if the woman accepts you after a long, exhausting chase, it’s rarely because your chasing made her change her mind — If she really wanted you as you wanted her, she would have accepted you already.

Rather, on the rare occasions a woman accepts a man after a long chase, she’s settling for you because she probably realized that maybe she doesn’t have a better option.

And a relationship where someone settles for you is rarely fulfilling. You’ll always be the lesser one trying to prove yourself worthy. You’ll always have to be on the lookout because if someone better comes along, she might ditch you.

It’s hard to respect someone who worships, doesn’t contend with you, or challenge you. If we don’t put any effort into something, it’s hard for us to see it as important. Same goes for relationships.

You deserve to be with someone who desires you as you desire them. This is the foundation for any great relationship. If you’re the only one always doing the work, you’ll soon get exhausted. It requires two people who are excited about a future together to make a relationship work.

Do you know why so many men get hooked on chasing one woman?

They’re not seeing reality anymore. What they’re chasing is an image of what the girl should be like based on how she looks externally. Because she looks beautiful on the outside, they imagine she would be perfect on the inside too.

But is this the case in reality?

Well, the majority of the time, how people look externally says nothing about their character. The reality is that a beautiful girl could also become a pain in the ### like any other girl.

If the guy is being realistic, he’ll know that she has flaws just like any other person on earth, and he’ll also have to deal with those flaws if he wants anything long-term with her.

Don’t get me wrong. This doesn’t mean men should go after only perfect women. Rather, my point here is that if you really see the reality of what the lady is like — and not your projection of what she is — you’ll be able to approach her in a less apprehensive manner.

Instead of chasing her desperately, you’ll show interest in getting to know her first to know if you’re even compatible at all in the first place. This is a more realistic approach to showing interest in a woman.

Oneitis is a term used to describe someone who pursues the affection, love, or sexual attention of one person to such a degree that the attention and love of other potential partners are ignored.

Yes, oneitis is a thing, and most people have suffered from it at some point.

But what causes oneitis?

As the author and human behavior researcher, Helen Fisher, explained in her book Why We Love, infatuation usually happens when we exaggerate some good aspects of a person and cover up the defects as cute or charming.

And this obsession can make the infatuated guy lose sight of the fact that the girl may not be into him. All he can imagine is the two of them being together at last.

He’ll ignore the advances of other women that could potentially lead to a great relationship where his love will be reciprocated.

The obsession of the infatuated guy only makes him needier and less likely to get the girl he is obsessed with. And obsessively chasing someone that’s rejecting you can damage your self-confidence and even harm your mental health in some cases.

4. You’re not chasing what matters

Firstly, even if you’re the best guy in the world, not every girl will like you. Secondly, people naturally want to be a part of a great experience. No one wants somebody who’s forcing their way into someone else’s life. It sends the message that you’re not high-value.

There’s a high chance the same lady you’re obsessing over also desires someone else.

We all want to have the price. And if you’re going around chasing people’s attention and validation, you’re not the price.

What matters is you being a better version of yourself. Let relationships happen naturally. If she likes you, it shouldn’t be that difficult. It rarely is. She may not kiss you quickly or have sex with you right away, but she’ll give you her attention and respect.

If you have to do an exhausting chase, it probably was never meant to be.

How to Stop Chasing Women

Don’t assume you have to do more to make a lady see your worth after she’s already said “No.” Forcing things after she’s shown that she isn’t interested isn’t being romantic, it only makes things worse.

If you want to enjoy a healthy relationship, your partner has to want you as much as you want them. Without that mutual desire, nothing works. Love is worth fighting for, but you shouldn’t be the only one fighting.

Related: How to Really Know You are In Love