How to Know Someone You’re Attracted to Feels it Too

Destiny FemiOctober 14, 2022Dating RelationshipsLeave a Comment on How to Know Someone You’re Attracted to Feels it Too 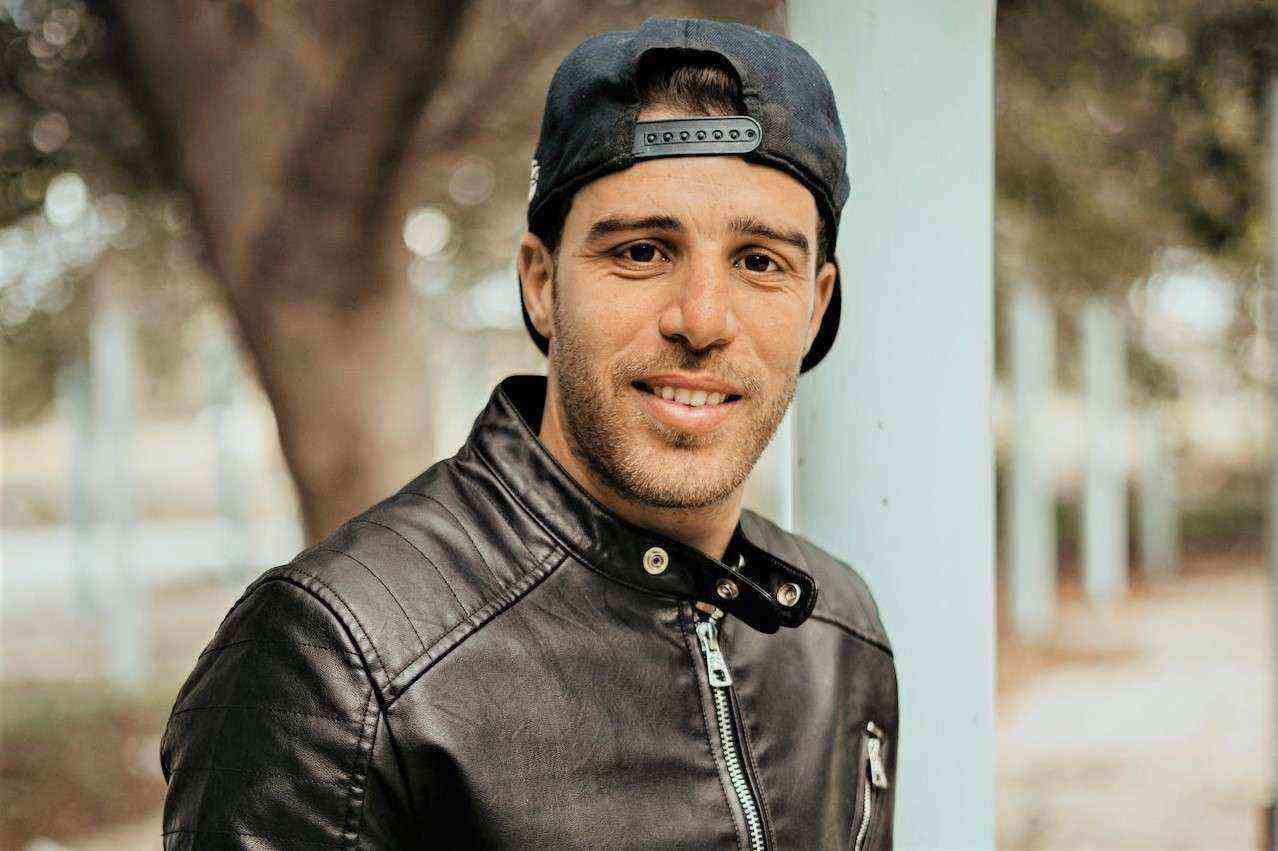 If you’ve ever been attracted to someone but are unsure of how they feel about you, you’ll understand how much pressure it can cause within you.

You want to be brave and tell them how you feel, but at the same time, you don’t want to jeopardize a friendship or make things awkward between the two of you. So you look for clues.

If you’re very confident about your chances, you’ll probably see even the vague signs as a green light. But if you think you don’t stand a chance, then you’ll most likely interpret everything they do as a sign they’re not interested.

Either way, there’s usually the bias that makes you not see things clearly once intense emotion is involved. And this is why this article can be of great help to you. It will help you understand the signs more clearly so you can know your next moves.

That said, here are eight signs that someone you feel attracted to feels the same way.

I once had a friend I was attracted to. While we were still friends, there was hardly any interaction between us that felt normal. There were always signs that we both wanted more from ourselves.

With other friends, we both were chilled and playful. But when it came to us spending time together, we became more self-conscious, like we didn’t know each other before. Sometimes it was fun, sometimes it still felt awkward, and we both knew it.

When the feeling of attraction is mutual, the chemistry you’ll feel between the two of you will be undeniable.

You’ll have eye contact that lingers. There’ll be tension when you both brush your body against each other. You may see signs of jealousy when either of you is around the opposite sex. These are great signs that they feel what you feel as well.

Though you cannot see chemistry, you feel it intensely when two people who are attracted to each other are together.

Pay attention to how you both behave around each other. Do you suddenly become more self-conscious or excited?

Do you have some weird moments that shouldn’t be weird with two normal friends? If this is you, then there’s a high chance there’s undeniable chemistry between the two of you.

2. They think about you

This is a huge sign. And you don’t need to be in their minds to spot it.

Just pay attention to how attentive they are when it comes to issues concerning you.

For instance, they’ll remember your birthday not because you posted it on social media, but because they genuinely remember it.

When someone thinks about you a lot, they’re going to remember the most unlikely things about you. You may have randomly mentioned your favorite food in a group conversation, and a month later they show up with it to chair you up on a stressful day.

When there’s a class — or any group event — that both of you should be in attendance and you don’t show up, they’ll call you or check on you later to know what happened. This is a huge sign that you’re often on their minds.

When you consistently notice these subtle signs of attentiveness that often catch you off guard, don’t blow it away as random acts of kindness.

Life is full of challenges and there are a lot of things that can keep one’s mind busy all the time. It takes someone who thinks of you a lot to consistently remember certain things about you.

3. You love each other’s company

When you’re attracted to someone, you’ll naturally want to spend a lot of time with them.

You may find excuses like helping them out with assignments or walking them home. But whenever you can, you’ll steal those extra minutes just so you can have some time with them.

If this is someone who isn’t interested in you, they’ll probably turn down all your attempts at spending more time with them. Even if they don’t turn it down at first, they will, once they start getting the message behind your interest in them.

On the other hand, when someone you feel attracted to feels the same way too, they’ll be happy that you want to spend time with them. You’ll see how they’ll light up and quickly agree to you helping them out with an assignment even before asking.

Furthermore, they’ll also find excuses to spend more time with you. For instance, if they realize that you’re fond of escorting them home, they may also ask if you could be free to rehearse with them concerning an audition they want to go for.

This is a great sign that they’re also interested. Two people who find each other attractive will find ways to spend time with each other — if they already know each other — before they officially start dating.

4. They like to do little acts of kindness for you

They’ll gladly offer to help you out whenever you need help with anything. And their help isn’t because they want anything from you, it’s because they truly care about you.

They’ll check in randomly to see if you’re okay. They’ll walk you to the car or to your house to make sure you’re okay and also steal some extra moments with you. If things like these occur frequently, don’t take them for granted.

Of course, some people may randomly act kindly towards you because they’re just being nice. But there’s a big line between just being nice and showing romantic interest. And the difference will show in their body language, how they look at you, and most likely the direction they stare the conversation towards.

Someone interested in you, for instance, may get flirty. Even if they’re shy, they’ll attempt to steer the conversation toward romance. If they’re really bad, they may even steer it toward sex. In addition, you’ll see that look in their eyes that says, “I want you.”

5. They interact with you differently

A guy may try to act more mature and masculine when the lady is around. And if it’s a lady, she may try to show off her assets, appear more put together, and may suddenly become flirtatious playing with her hair.

In general, we tend to be more self-conscious around people we’re attracted to.

This is because when we’re attracted to someone, we care a lot about what they think of us. Consciously or subconsciously, we want to put our best foot forward to increase the chance of them liking us in return.

Hence, if you feel attracted to someone and you want to know if they feel it too, check if there’s a difference in how they show up when you’re around.

For instance, do they suddenly ignore you to play with all your circle of friends when they look their best? They may be trying to make you notice them.

The bottom line is that if someone in your circle is attracted to you, there will most likely be a difference in how they behave when they interact with you.

6. They want you to know they care

This is perhaps one of the best signs that the person you feel attracted to feels the same way. They want you to also know they care because they see you, and they may want to take things forward with you.

What do people do when they want you to know they care about you?

Sometimes they just say it plainly, “I want you to know that I care about you.”

But most of the time, it’s not going to be that direct, but it’s going to be just as obvious if you pay attention.

For instance, they may call you at random times of the day to just check on you. If they find out that you’re not fine, they’ll inconvenience themselves to come to check on you and bring something to relieve your stress.

If you’re in a group and you’re not feeling okay, they’ll be the first to notice and come over to ask you what’s going on. When you need help, they won’t mind inconveniencing themselves to offer a helping hand.

When you see these kinds of acts of kindness consistently, it doesn’t matter whether the person tells you or not. They’re trying to show you that they care about you. You already have a special place in their heart. As the saying goes, action speaks louder than words.

We love to see the things we find attractive. This is why you find it difficult to take your eyes off a shirt at a boutique if you think it will look good on you.

This is what causes that look of passion in your lover’s eyes when they lock eyes with you. Most times we smile when we look into our partner’s eyes for a few seconds straight because we’re enjoying it.

When someone you feel attracted to feels it too, they’ll reciprocate your eye contact in a way that may create tension between the two of you for a split second. Another instance is when you catch them looking at you from across the room.

If you experience any of these scenarios with someone, there’s a high chance they are attracted to you as well.

8. They reciprocate your acts of kindness

You’ve probably come across situations — or movies — where the lady offers to take a guy out for drinks as a way to reward him for something he just did for her. That’s a reciprocation of an act of kindness.

When you like someone, you’ll want to do things for them. If they don’t like you, they’ll accept your help and move on. Some may even reject your help just to make it crystal clear that they don’t want anything to do with you.

But if they are attracted to you as well, your acts of kindness provide a perfect opportunity to connect with you. They won’t just accept you, they’ll also look for ways to reciprocate your kindness, first because they care, and second, it’s a great way to bond with you.

Seeing just one or two of these signs one time may not mean anything. But if you keep seeing a cluster of them multiple times, then there’s a high chance that the person you’re attracted to feels the same way. The ball is now in your court to decide what to do next.

Also read: How To Tell A Girl That You Like Her