20 Reasons Why He Ghosted You

By Team Growth LodgeDecember 14, 2022Dating Tips for Women RelationshipsLeave a Comment on 20 Reasons Why He Ghosted You 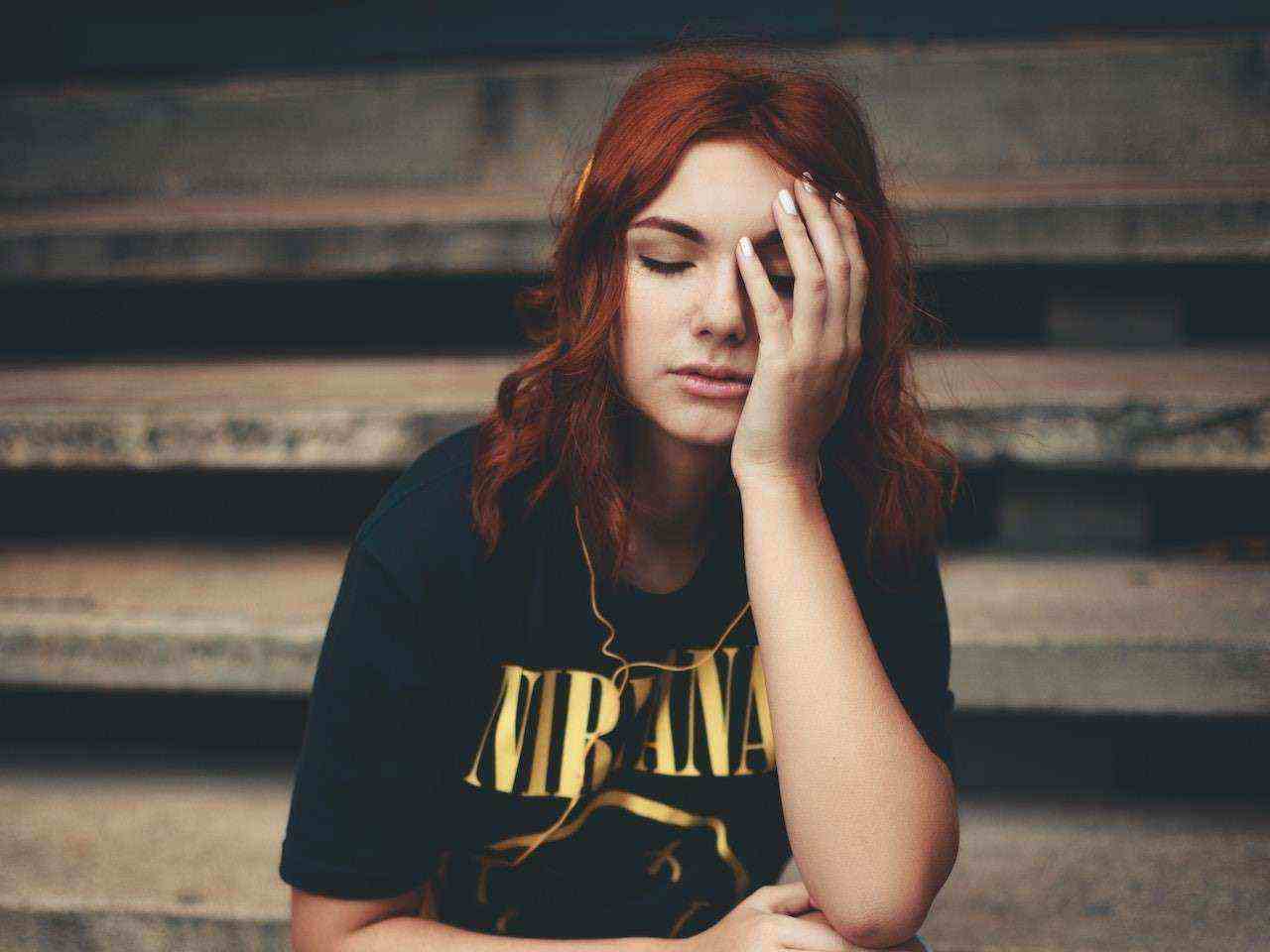 Ghosting is a term that has become all too familiar in the world of dating. It refers to the act of suddenly and without explanation, cutting off all communication with someone you were previously romantically involved with.

Ghosting can be incredibly hurtful and confusing for the person on the receiving end, and it’s not just men who ghost women, it can happen to anyone. But in this article, why guys may ghost women.

Whether you’re a woman who has been ghosted or a guy who has done the ghosting, understanding these fifteen reasons can help provide some insight into this frustrating phenomenon. So, without further ado, here are twenty reasons why guys ghost women.

1. Fear of conflict or confrontation.

Some men might ghost women because they’re afraid of having a difficult conversation or dealing with any potential conflict that might arise. They might think that ghosting is the easiest way to end things, and that it will avoid any unpleasantness.

However, this is not the case, as ghosting can actually make things worse by leaving the other person feeling confused and hurt.

Ghosting can be a sign of immaturity and a lack of emotional intelligence. Some men might not have the skills or the willingness to communicate openly and honestly with women, and they might resort to ghosting as a way of avoiding difficult conversations or dealing with their own emotions.

An emotionally intelligent man would be able to recognize the hurt and confusion that ghosting would cause, and would be able to handle the situation more maturely and respectfully. A man who lacks emotional intelligence may not even realize how much his actions will hurt the woman he is dating.

Interesting: How to Create Intense Desire In A Man

Some men might ghost women because they’re afraid of commitment and the responsibilities that come with it.

They might be afraid of being tied down, and they might ghost women as a way of avoiding the potential difficulties and challenges that come with being in a committed relationship.

Some men might ghost women because they’re focused on their own needs and wants, and they don’t consider the feelings of the women they’re dating.

For instance; if a guy is lagging behind in his career or educational pursuit, he may feel he’s being distracted by his romantic relationship. His over-ambition and lack of ability to handle work and relationships well might make him end the relationship.

Ghosting might just be the only way he does this because he can’t boldly tell his girlfriend that he’s breaking up with her.

In either case, ghosting can be a hurtful way to end a relationship because it leaves the woman feeling rejected and unsure of what went wrong.

Some men might ghost a woman because they have difficulty communicating their feelings and thoughts. They may struggle to express themselves in a healthy and productive way, and instead choose to end the relationship abruptly rather than have a difficult conversation.

This can be frustrating and hurtful for the woman, who is left feeling like the relationship didn’t mean anything to the man.

7. Moving on to someone else.

Some guys might ghost girls because they have already moved on to someone else. They might have met someone new and want to pursue a relationship with them, but they don’t want to hurt the feelings of the person they are currently with.

In this case, ghosting can be a way of ending things without causing any unnecessary drama or hurt feelings.

In this case, the man might ghost the woman because he doesn’t see a future with her and doesn’t want to hurt her feelings by telling her directly.

Another common reason why guys might ghost girls is that they are feeling insecure about themselves or the relationship.

They might be unsure of their own feelings, or they might be worried that their partner doesn’t feel the same way. This insecurity can lead them to pull away and ghost their partner, rather than risk being rejected or hurt.

This can lead them to ghost their current partner and pursue other options, even if it means hurting the person they are currently with.

Another reason why guys ghost girls is because they want to avoid awkwardness. They may not know how to break up with the girl in a way that is respectful and kind, so they decide to ghost her instead.

This allows them to avoid the discomfort of having to have a difficult conversation, but it leaves the girl feeling confused and hurt.

Also read: Cut Him Off He Will Miss You (9 Reasons Why It Works)

12. The relationship was never really serious.

In some cases, a guy may ghost a girl because the relationship was never really that serious to begin with. For example, the guy may have been dating the girl casually or may have only been interested in her for a physical relationship.

In these cases, the guy may not feel the need to have a serious conversation or confrontation with the girl when he decides to end things.

Unfortunately, some men might ghost women because they simply don’t respect them. They might view women as objects to be used and discarded, rather than as human beings with their own feelings and emotions.

In these cases, ghosting can be a way for the man to avoid dealing with the woman’s emotions and simply move on to the next person.

14. A desire to avoid hurting the other person.

In some cases, men may ghost women because they don’t want to hurt their feelings. They may believe that ghosting is a kinder or gentler way to end a relationship, because it avoids the potential for a messy or painful breakup.

However, this can backfire, as ghosting can actually cause more hurt and confusion for the person who has been ghosted.

Unlike the previous point that says men ghost women because they don’t want to hurt their feelings; for some men, ghosting can be a sign of a lack of empathy, or the ability to understand and share the feelings of others.

A man who ghosts a woman may not be able to put himself in her shoes and understand how his actions are affecting her. He may not care about her feelings or see the value in maintaining a relationship, even if it is only a casual one.

16. The desire for control.

In some cases, men may ghost women because it gives them a sense of control over the situation.

By ending the relationship without any explanation, they are able to dictate the terms of the breakup and leave the other person feeling confused and powerless. This can be a way for men to maintain their ego and avoid feeling rejected or rejected.

Ghosting can also be a sign of selfishness on the part of the man who is doing it. A selfish person is someone who is only concerned with their own needs and desires, and doesn’t consider the impact of their actions on others.

A man who is being selfish may ghost a woman simply because it is the easiest and most convenient option for him, without considering how it will affect her. This kind of behavior can be particularly damaging in a relationship, where trust and mutual respect are essential for a healthy connection.

18. They are not ready for a committed relationship.

Ghosting can also be a way for a guy to end a relationship without having to explain why he is not ready for a serious commitment.

This might be because he is not over his ex, is not ready to settle down, or simply wants to focus on his personal goals and needs.

19. They are dealing with personal issues.

Sometimes, a guy might ghost a woman because he is going through a difficult time in his life and does not have the emotional capacity to continue the relationship.

This could be due to mental health issues, a family crisis, or other personal challenges that are taking up all of his time and energy.

Another reason why men might ghost women is that they were not emotionally invested in the relationship to begin with.

In some cases, men might enter into a relationship without really thinking it through or without having strong feelings for the woman. When these men realize that they are not really invested in the relationship, they just decide to ghost her rather than try to make it work.

Overall, ghosting is a common problem in dating and relationships, and there are many reasons why guys might choose to do it.

Some of the most common reasons include fear of confrontation, lack of commitment, insecurity, and selfishness. Ghosting can be hurtful and confusing for the person on the receiving end.

And while there may be many reasons why a man might ghost a woman, ultimately it is a cowardly and disrespectful way to end a relationship.

It is important for both men and women to communicate openly and honestly in their relationships, and to be empathetic and considerate of each other’s feelings.

Read: How to Attract and Date High-Value Men