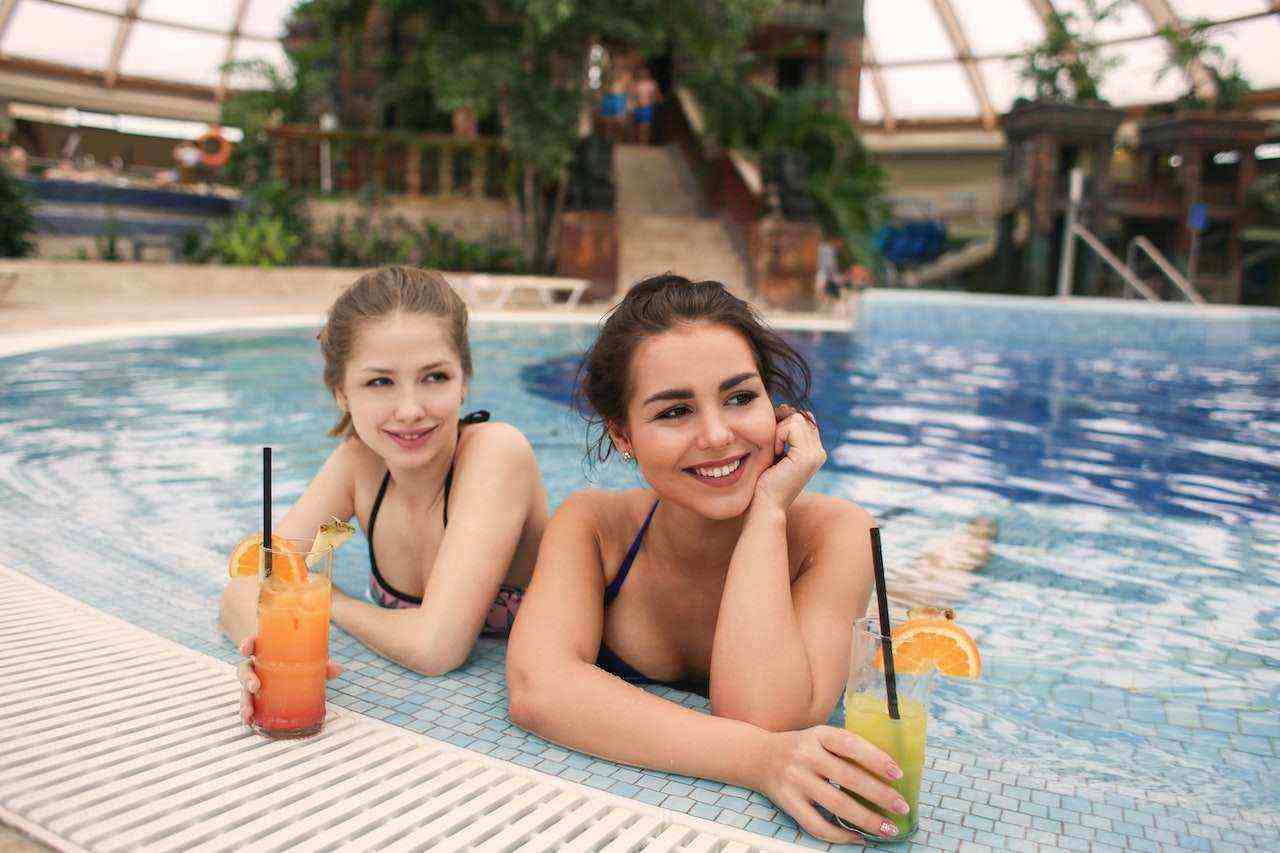 In this article, we’ll discuss the interesting reasons why girls like bad boys. Some of them will surprise you.

Have you had the experience of liking a guy who is bad news?

He’s the one that your friends warned you about, the one that makes your heart race just by looking at him. But despite the warning signs, you can’t help but be drawn to him.

You’ve heard the cliche that “good girls love bad boys” and you can’t help but wonder why that is. As you read this article, you’ll find yourself nodding along to each of the reasons.

You’ll remember the way your heart fluttered when he smiled at you and how you couldn’t stop thinking about him for days after. You’ll realize that the attraction to bad boys is something that can’t be explained, but it’s something you’ll always be drawn to.

This is a question that has been asked by a lot of people — guys and girls — for a long time. And here, we’ll uncover the reasons behind this phenomenon, and explore the mystery and allure of the bad boy. Get ready!

1. The thrill of the forbidden

“The thrill of the forbidden” is like a secret escape from reality, a rush of adrenaline that comes from going against the norm and doing something that society deems as “wrong”.

Imagine a beautiful garden, with pristine paths and impeccable landscaping, everything in its place and perfect. Now imagine, on the edge of that garden, behind a thick hedge, lies a wild and untamed jungle.

For some, the allure of the unknown and the untamed, the rush of venturing into the jungle, is irresistible.

Similarly, when it comes to relationships, some may find themselves drawn to the excitement and danger that a “bad boy” embodies. They may see him as a symbol of rebellion and freedom, breaking free from the constraints of society’s expectations and conventions.

It’s like a secret adventure, a rush of excitement that comes with taking a walk on the wild side, even if just for a moment.

However, as most girls later find out the hard way, this type of attraction might be temporary. When girls mature, they usually end up having different preferences and priorities in the long term.

[Related: 5 Mind Tricks Bad Boys Use to Get Any Girl]

“Opposites attract” is a timeless adage that describes the strange and wonderful phenomenon of two people with very different personalities coming together and finding love.

In the case of girls who are drawn to bad boys, it’s easy to see how this might play out.

Imagine a yin and yang symbol, with one half being the embodiment of all that is good and pure, and the other half representing all that is dark and wild. These two halves are different, but they need each other to be whole.

Similarly, a girl who is sweet, kind, and responsible may find herself falling for a guy who is rough around the edges, unpredictable, and a bit of a rebel. The bad boy represents everything she knows she shouldn’t want, but she can’t help being drawn to his devil-may-care attitude and willingness to take risks.

The girl provides stability and safety in the relationship, while the bad boy brings excitement and passion. They balance each other out in a way that makes them perfect for each other, despite their differences.

Girls are like puzzle enthusiasts, always looking for a new challenge to solve. And what better challenge than a bad boy?

He’s like a jigsaw puzzle with missing pieces, a mystery waiting to be unraveled.

He’s unpredictable and exciting, and his bad boy aura makes him all the more alluring. Girls love the thrill of trying to figure out what makes him tick, what makes him act the way he does. He’s the ultimate challenge, and that’s why girls are drawn to him, like a moth to a flame.

The thrill of trying to change a bad boy into a good one is just too tempting to resist. It’s like trying to climb a mountain — the higher the peak, the greater the reward.

Girls are driven by the excitement of the chase and the thrill of overcoming obstacles to get what they want. So, when it comes to bad boys, the challenge is real and it’s what makes them so alluring.

The bad boy image is like a magnetic force, drawing girls in with its tantalizing allure of danger and rebellion. The image is one of a charismatic and confident figure who doesn’t play by the rules, a man who lives life on his own terms and doesn’t care about the expectations of society.

Girls are drawn to this image because it represents something exciting and thrilling, something that is different from the mundane and predictable. A bad boy is a mysterious figure who seems to possess a secret power, a power that makes him irresistible to the opposite sex.

He is the ultimate rebel, the one who makes a statement and stands out in a crowd.

But the bad boy image is not just about being wild and reckless. It’s also about being strong, self-assured, and confident, a man who is not afraid to take risks and stand up for what he believes in.

Girls find this type of confidence and strength incredibly attractive and are drawn to the idea of being with someone who can protect and take care of them.

[Related: Why Girls Like Bad Boys, According to Psychologists]

Society often paints a picture of the perfect girl: demure, polite, and always following the rules. But some girls rebel against these expectations, choosing instead to march to the beat of their own drums.

They see the bad boy as the ultimate symbol of rebellion, with his devil-may-care attitude and disregard for societal norms. These girls find themselves drawn to the thrill of defying expectations, whether it’s by going against the norm or breaking the rules.

They revel in the idea of being the one who goes against the grain, making their own path and blazing their own trail. The bad boy represents the ultimate rebel, and for these girls, there is nothing more exciting than standing alongside him as they rebel against societal expectations.

Girls often find themselves drawn to bad boys because of their sense of adventure. These guys exude a sense of excitement and danger that can be incredibly alluring.

They’re always up for a wild and unpredictable ride, and that thrill of the unknown is something that many girls find irresistible. They’re not afraid to take risks, push boundaries, and test the limits, which makes them a thrilling companion to have by your side.

They’re like a breath of fresh air in a world that can often feel staid and boring. With a bad boy, you never know what’s going to happen next, and that sense of adventure is what makes them so irresistible.

Picture a rough and rugged knight in shining armor, ready to defend his fair maiden at all costs. The thrill of feeling safe and secure in the presence of a strong, confident man can be alluring.

Girls are drawn to bad boys because they exude a sense of protection. It’s like a magnetic pull that’s hard to resist. Bad boys have a certain roughness and edge that makes them appear strong and capable of handling anything.

They seem like they could take on the world, and that makes girls feel safe and secure when they’re around them. It’s a primal instinct, like the way a lioness is drawn to the alpha male.

The bad boy’s sense of protection makes girls feel like they are in good hands, and that they are being looked after. It’s a feeling that is hard to replicate with a good boy, and that’s why girls are often drawn to bad boys.

8. A need for change

When a girl finds herself constantly drawn to the bad boy type, it may be because deep down, she senses a need for change within herself.

She craves the thrill and excitement of living on the edge, the rush of taking risks, and the allure of something forbidden.

She may feel stuck in a mundane routine, craving a sense of adventure and unpredictability in her life. The “bad boy” offers her a chance to break free from her comfort zone and experience life in a different way.

But, like a moth drawn to a flame, she may not fully understand the consequences of her actions. She may find herself getting hurt, but she continues to seek out the rush of the unknown.

In the end, her attraction to the bad boy is not about him, it’s about her inner desire for change and growth. She wants to break out of her shell, and push herself to become a stronger, braver version of herself.

9. The allure of a bad boy’s confidence

Bad boys have a certain aura of confidence that seems to exude from their every pore. It’s like they’re not just aware of their own strength and power, but they relish in it. They know they’re the ones in control, and they’re not afraid to show it.

It’s a heady, intoxicating feeling to be around someone who exudes that kind of self-assurance.

For many girls, the allure of a bad boy’s confidence is like a siren song, drawing them in closer and closer. They can’t resist the pull of someone who seems to know exactly what they want and aren’t afraid to go after it.

The bad boy’s confidence is a powerful aphrodisiac, making him seem even more desirable, even more irresistible.

It’s not just the confidence that draws girls in, either. Bad boys often have a sense of danger about them, a hint of the forbidden. They’re the kind of guys who push boundaries and take risks. It’s exciting to be around someone who’s always on the edge, always doing something new and exciting.

It’s a potent combination that makes bad boys irresistible to many girls.

10. The excitement of an unpredictable partner

Imagine a rollercoaster ride, with twists and turns that leave you breathless and unsure of what’s coming next. That’s the thrill of being with a bad boy — the unpredictability of it all keeps you on the edge of your seat.

You never know when he’ll surprise you with a grand gesture or when he’ll break your heart. It’s the rush of not knowing what to expect that keeps the passion alive and makes it impossible to resist the allure of a bad boy.

Girls love the excitement of never knowing what’s going to happen, but always wanting more. The bad boy may be a mystery, but it’s one that girls can’t help but want to unravel.

Some girls might not help but feel a little bit nostalgic at the end of this article. You remember all the times you fell for a bad boy and the reasons why it happened.

You remember how it felt to be swept off your feet by someone unpredictable, someone who made you feel alive. But, you also can’t help but remember all the times it ended poorly.

You realize that it’s not just about being swept away by the bad boy, it’s also about making smart choices and knowing when to walk away. You’ll always be drawn to bad boys, but you also know that being a good girl doesn’t mean you can’t be a little bit bad too.

The attraction to bad boys will always be there, but it’s about balancing your choices and learning to be more rational in choosing your choice of partner.

[Read: Women Settle For Jerks For These 5 Reasons]