Anita OgeJanuary 6, 2023Dating Tips for Women RelationshipsLeave a Comment on 10 Reasons Why He Wants You When He Already Has a Girlfriend 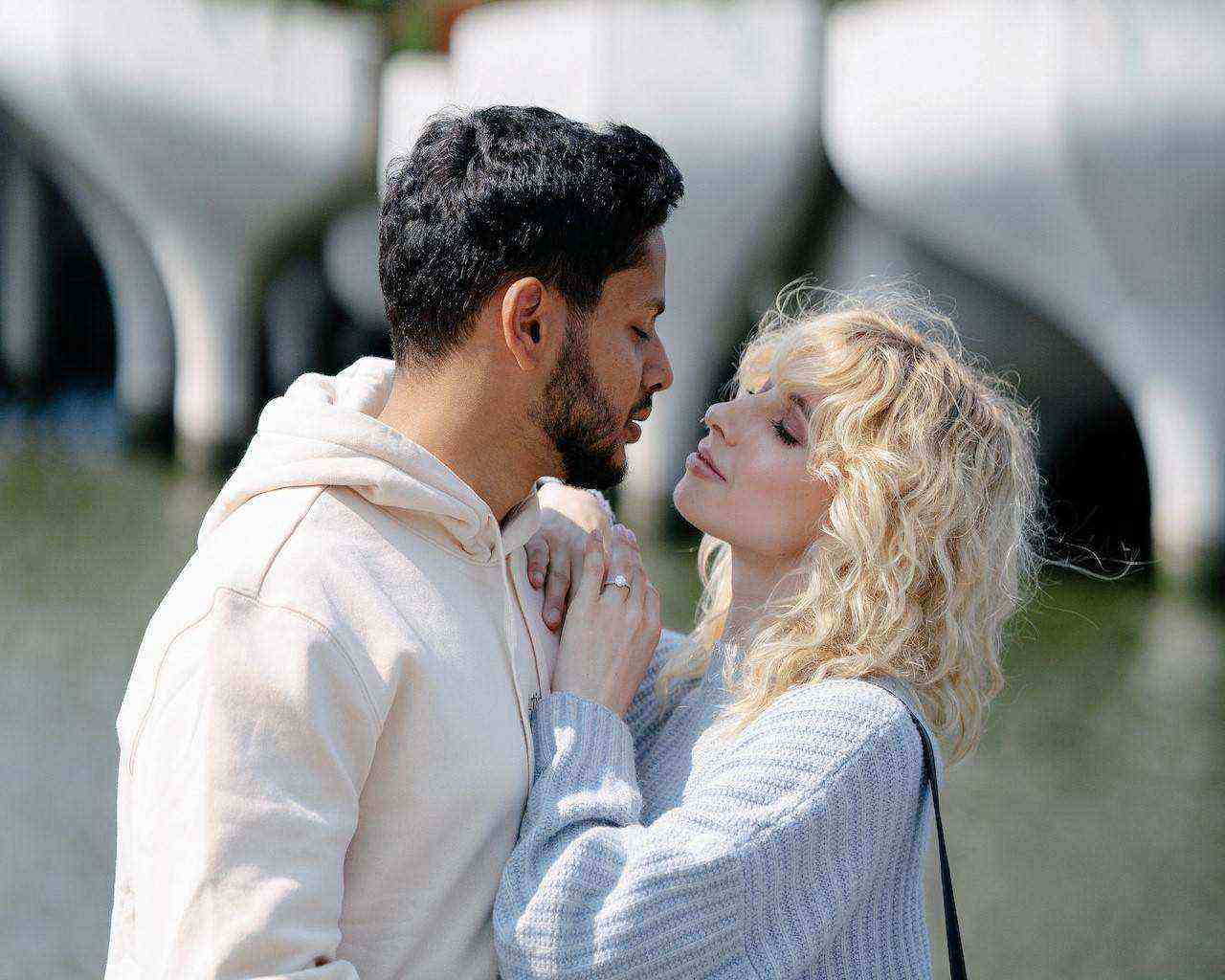 In this article, we’ll be discussing why he still wants you when he has a girlfriend and what you should do about it.

I was on a phone call with a friend a few months ago and one of the things we discussed was about a guy (her coworker) who already has a girlfriend but still made advances on her and asked her out on a date.

That wasn’t all, he even claimed to have feelings for her and wanted to start something with her. Well, not to dive into details, she was so confused about the situation. And that’s when the question popped up — if he has a girlfriend, why does he want me?

Relationships should be based on trust, respect, and honesty, and it is not fair to either person to be with someone while also having feelings for someone else.

Although there are some reasons why this may happen in some relationships, it still isn’t right, especially in a non-open relationship.

If a man who has a girlfriend wants to be with you and you’re wondering why that is, well I hope you find the information in this article helpful in answering your questions.

1. He may be feeling unhappy in his current relationship

There are quite a number of things that can make a person feel unhappy in his or her relationship.

From consistent quarreling to dissatisfaction or lack of communication, all these problems if not resolved in time can make someone get frustrated in a relationship.

If a man has a girlfriend and is not just making advances on you but is asking you to be with him, it could be that he gets the happiness that he wished he had in his relationship and wants to have more of that in his life.

It’s not a bad thing to be kind and show you care for people, the thing is there are ways you might show care to people and they might take your actions as a green light.

Maybe you’ve been kind to him in the past and he’s interpreted your kindness as interest in him, he might see it as an opportunity for him to start a relationship with you.

2. He may be feeling unfulfilled and neglected in some ways

Another possible reason why he wants you may be because he doesn’t feel any form of fulfillment and is neglected by his partner in his relationship. His partner might be a workaholic who spends most time working and doesn’t have as much time to be with her boyfriend.

This can make him feel invisible and incompetent being that the woman is higher than him in terms of career, he might also want more attention and affection that his girlfriend is failing to give him due to her heavy work schedule.

However, his meeting you and getting a lot of attention from you can make him get drawn to you immediately because he finds what he misses in his girlfriend.

[Also read: 10 Reasons He Keeps You Around But Doesn’t Want A Relationship]

3. He may just want to have variety

For some men, having a variety of women makes them feel powerful or in control. It has become a part of them and staying with one woman for a long time can make them feel restless.

So maybe this guy who wants you is like one of these men who like to have a variety of women and you happen to fall into the category he finds alluring.

Maybe he’s been in a committed relationship for a long time and is starting to feel like he’s missing out on the excitement of dating other women. It could be that an encounter with you reminded him of all the fun he used to have and finds it thrilling to relive those moments again, this time with you.

Old habits like flirting can be difficult to break, but a man can stop flirting if he really wants to. Some men would prefer to stick to this habit because of the way it makes them feel.

4. He’s not fully committed to his current relationship

Another reason why he wants you even if he already has a girlfriend could be because he’s not fully committed to the woman he’s currently in a relationship with.

There are different factors as to why a man may not be fully committed in a relationship, including fear of being hurt, settling down is not among his priorities, immaturity, or his partner is no longer attractive to him.

This lack of commitment can make him do whatever he likes such as sleeping or dating numerous women while he’s still in the relationship. It’s hard for some men to fully commit to one woman for the rest of their lives and this could be a result of past trauma.

[Related: 20 Reasons Why He Ghosted You]

5. Lack of emotional and physical intimacy with his current girlfriend

When couples are not able to share their thoughts and feelings with one another, it can create a sense of distance and cause them to grow apart.

When a couple’s connection is based primarily on sexual attraction and physical pleasure, they may lack a deeper emotional connection. This can make the relationship feel shallow and unfulfilling, and make it more difficult for the couple to weather challenges and conflicts.

When a man no longer has any form of emotional or physical intimacy with his partner, instead of finding a balance and prioritizing maintaining and building both types of intimacy to have a strong, fulfilling relationship, he may start to seek it somewhere else.

6. He has a deep shared interest and passion with you but not with his girlfriend.

Having a deep shared interest or passion with one’s partner can be a source of enjoyment and fulfillment in a relationship. It can bring couples closer together and provide a sense of connection and shared purpose.

It can also be a way for couples to bond and spend time together doing activities that they both enjoy.

In addition, having a shared interest or passion can also be beneficial for communication and understanding within a relationship. But what happens when the person with whom you have a deep shared interest and passion is someone other than your partner, and even more complicated, the opposite sex?

When two people have a shared interest, they may be more likely to understand each other’s perspectives and have more in common to talk about. This can lead to a more harmonious and positive dynamic between the two of them.

This common ground he has with you but doesn’t have with his partner might be what has attracted him to you and has made him want you.

7. He desires novelty or excitement

One thing a person might do is try a new hobby or activity that they have always been interested in but never pursued. Another way to combat boredom is to go out and explore the world around us.

If the man feels that his relationship has become routine or predictable, he may desire novelty and excitement which can make him want to have you. It could be the thing he’s always had in mind and would want to use this opportunity to try it out.

8. A desire for more attention or validation

A man might seek attention from others as a way to compensate for his lack of emotional connection with his partner. A man may also seek attention or validation outside of his relationship if he is feeling unfulfilled in some aspect of his life.

It could be that whenever he’s with you he doesn’t feel unvalued, unaccomplished, or unfulfilled in life and that you give him so much attention he desires but can’t get from his present relationship.

9. He wants to end the present relationship

It’s possible that he feels a strong connection with you and since he’s been thinking of ending his present relationship, he feels it’s the right way to go.

But he might be finding it difficult to end his relationship with his present partner because he’s been with her for a long time and has been through a lot with her.

There are many cases where people end their current relationship to be with someone else and this could be for many reasons. Trust issues, incompatibility, and so on.

[Read: 9 Signs He Doesn’t Want Anyone Else to Have You]

A man can be in a different geographical location from his partner and want to use that opportunity to have any other woman he likes.

I’ve heard stories of how some men move to another city or country because of work and end up dating, even starting a family with another woman. Some men and women don’t see any issues with having multiple spouses, it’s even accepted in some religions.

The man might choose to continue this relationship for as long as he can and decide to keep it a secret from his previous partner.

Distant relationships can be difficult to navigate but with proper communication and understanding, both partners can work on ways to help each other out.

What Do You Do When He Wants You But He Already Has a Girlfriend?

Being in a situation where a man has a girlfriend but wants you can be very confusing and hurting especially when you feel the same way about him. It’s good to know that despite the feelings you have for him, it’s not a healthy and respectful choice to be in a relationship with such a person.

If you’re attracted to him and you want to pursue a relationship with him, have an intentional conversation with him about his plans for his current relationship. This doesn’t mean you should advise him to break up with his girlfriend.

However, if he chooses to, then you two can start a relationship. Also, be mindful of the potential hurt and betrayal that can result from getting involved with someone like him. It’s very important to have self-respect and boundaries in any relationship.

If you don’t feel comfortable getting involved with a man who has a girlfriend, it’s advisable to communicate this to him and prioritize your well-being. The decision is yours to make.

[Also read: 15 Sure Signs He Likes You But Is Hiding It]