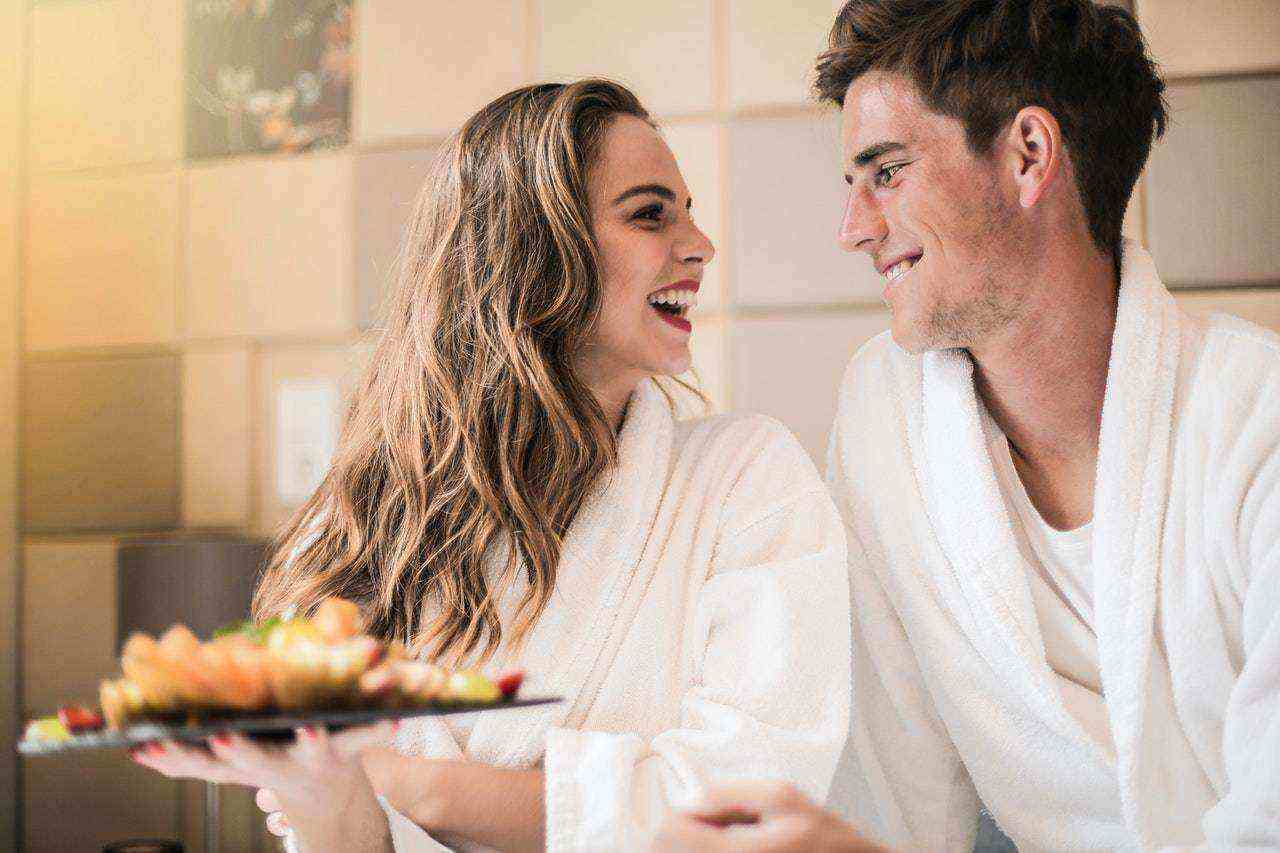 The excitement and emotional engagement that comes at the beginning of a great relationship can often lead us to make irrational choices. High on hormones and intense emotions, we forget the place of space in creating desire. We love our partners, so we want them all the time.

The mistakes that make men pull away from women can be hard to spot. And because they are subtle and often counterintuitive most of us have made them over and over. But according to relationship experts and psychologists, subtle or not, they are still the major reasons partners pull away from each other.

Most women have been in the following scenario:

You just met a guy, he’s into you. Impressed by his persistence and show of commitment, you gave him your number and agreed on a first date. Things begin to turn out great, only for him to suddenly pull away just a few days into the relationship. You’re shocked, wondering what you did wrong.

Most men are usually afraid to approach women, especially the pretty ones, for one major reason: They project qualities onto them. They exaggerate all other aspects of her life and put her on a pedestal just because of how she looks. If she looks good, then she must be caring, intelligent, and conscientious, and charismatic, or so they think.

Buried deep in this exaggerated imagination of her, their chase can go on for long, hoping that in the end, all their fantasies will eventually be their reward. The longer the chase, the more time the man will have to fill his imagination with how great it will be to finally have her. But this often leads to disappointment.

Of course, in some cases, the lady might indeed turn out to be remarkable and worth the chase. But in most cases, the man must have already projected more than she can meet up with. And when he finally gets her, even if it’s after a short chase, he pulls away unexpectedly. Why? Well, as psychotherapist Judith Orloff, M.D, wrote in Psychology Today,

“Many relationships don’t last because in the early stages when the sex hormones are raging, lust is fuelled by idealization and projection—you see what you hope someone will be or need them to be—rather than seeing the real person, flaws and all.”

Beginning with too much

At the beginning of a relationship, it’s exciting to want to keep in contact with your partner all the time. You still have a lot to discover about yourselves, and as such, spending all the time together will not appear to be a problem.

But as much as it is good to spend time together, what you should aim for isn’t spending all of your time with your partner. Aim for quality time instead. There’s a big difference. As psychologist Kelly Campbell wrote in Psychology Today,

“The physical attraction that draws two people together is often so intense that the partners want to spend all their time together, and when they’re apart, they’re texting constantly and obsessively thinking about each other. Although this can be fun and exciting, the risk is that the relationship doesn’t last.”

Here’s the thing: Seduction is a game of psychology. The less available something is, the more value we place on it, and vice versa. The value of a thing or person also tends to go down when we feel that they are already ours. It’s for this reason that chasing women and professing love to them too quickly often repels them.

But when you create space for your partner once in a while, you give each other a chance to desire and imagine yourselves together. Even if they already have each other, you can still miss and crave yourselves. A period of space followed by some quality time together creates the space for long-term desire. As Esther Perel, famed relationship therapist said, “Desire needs space.”

As psychiatrist Mark Banschick M.D. wrote in Psychology Today, “ Clinginess is an extreme form of dependency. When you’re in a good relationship, dependency is mutual and not desperate.”

Indeed, a great relationship requires healthy, mutual dependency. There are going to be things you can’t get for yourself, whether materially, emotionally, biologically, or spiritually. Having someone to support and encourage you is vital to the bonding process between partners.

But desperate dependency is something else. Women who become desperately dependent on their partners are usually the ones who cannot bear not being in a relationship at any given time. They need to be with someone to feel complete. As Mark explained,

“Clinginess stems from a void in the person, and it’s rooted in damaged self-esteem. You just feel incomplete unless you are certain you ‘have’ your partner.”

But desperate dependency is a recipe for disaster in any form of relationship. It suffocates desire and drives people crazy. A woman who is too clingy also gets easily insecure and jealous, all of which will only push her partner further away.

Being sexually attracted to your partner is good. In fact, sexual attraction is one of the most important aspects of keeping a long-term relationship. But there’s a difference between having sex with someone you love and having sex with someone you’re only sexually attracted to. As a social psychologist Theresa DiDonato, wrote in Psychology Today,

Foreplay doesn’t start five minutes before sex, it starts the moment after sex. The way you live with your partner when you’re not in the bedroom determines how you’ll be when it’s time to have sex. This is why love is important if you want to have a great sex life, and consequently a great long-term relationship.

When you love someone, sex only becomes one of the means of expressing your love for that person. More sex will not lead to less attraction.

On the other hand, when a man’s attraction to a woman is purely sexual, things can go downhill very quickly. The more he has sex with the woman, the less attracted he will feel. And once sex is no longer enjoyable, the relationship ends.

For a relationship to be sustainable, attraction has to go beyond just sex. Both partners must connect both emotionally and physically.

Some women enter a relationship with an end goal in mind: to get married.

Don’t get me wrong, there’s nothing wrong with wanting to be with a man you love. However, focusing on the marriage goal too soon can remove the fun from a relationship and create a negative dynamic for you and your partner. As psychologist and relationship coach, Dr. Antonio Borello explained,

“When you have marriage goals too soon, everything you do will unconsciously be slanted towards achieving your goal, and everything he doesn’t do that makes you worried about your goal will make you upset and create the wrong dynamic between the two of you.”

Great relationships lead to marriage. Focus on being in the moment and enjoying the great relationship you have right now. A relationship cannot be enjoyed if it’s used as a means to an end. And a relationship that isn’t enjoyed will soon end. When you enter without an end goal in mind, you’re more likely to enjoy the process.

We all want to have great relationships. No one makes any of these mistakes intentionally. Though common, these subtle errors are often noticeable by us when we’re making them. Why? They are often made in moments of intense emotions. But subtle as they are, they can gradually push your partner away if you leave them unchecked.