Destiny FemiOctober 28, 2022Money Self-HelpLeave a Comment on You’re at Risk of Being Poor if You Still Have These 9 Habits 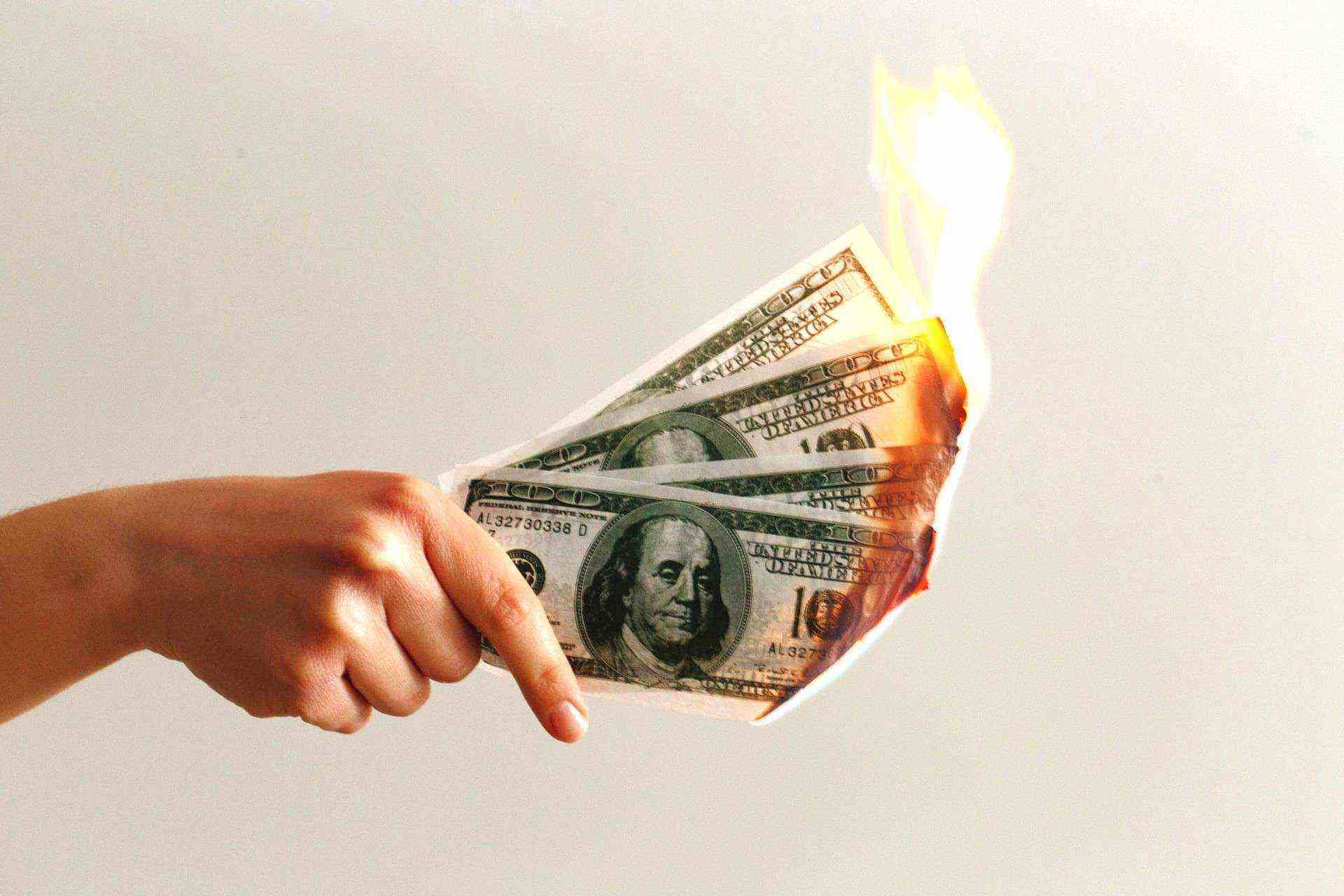 I grew up in a small town.

I saw a lot of extremely hard-working people who couldn’t make ends meet. So I learned early on that your pain doesn’t necessarily equal your gain.

I saw that hard work alone isn’t enough. You have to be smart about what you work on. And more importantly, you need to unlearn everything you’ve been taught about money.

That said, there are still some habits that I desperately wished people would stop because it puts them at risk of being poor. Here are nine of them.

Being a consumer is easy.

You don’t have to go through the pain and the boredom that often comes with producing something meaningful.

You just need to follow your impulses — wake up with Facebook, then go over to Instagram, and then conclude your day by binge-watching Netflix. This is the life pattern of a consumer.

Take a look at your life right now. How much time of your day do you spend investing in something that could yield an income in the future? I don’t mean that small job you have the side that you hate.

I mean working on a skill like programming, singing, writing, fashion designing, bodybuilding, owning a successful YouTube channel, etc. Do you consistently dedicate time to projects like one of these?

If not, there’s a high chance you spend most of your time-consuming stuff other people have created.

Don’t get me wrong. Going to these social platforms isn’t taboo.

But they should take a small percentage of your day because they waste your time and sometimes your money.

Little impulsive purchases and unnecessary subscriptions pile up and take large chunks of your time — and income.

“It is in fact the height of selfishness to merely consume what others create and to retreat into a shell of limited goals and immediate pleasures.” — Robert Greene, Mastery

2. You don’t invest in any skill

Since I graduated college, I never came across any of my college mates who became rich from being employed.

All the successful ones I’ve met built their wealth from their skills.

While I was in college, I spent most of my time reading books that were not even related to my course. I took music lessons and learned to use the internet productively. Though I wouldn’t say I knew all along, all these sets of skills would later launch my career as a full-time writer.

As Carl Newport explained in his book, So Good They Can’t Ignore You, if you want to be successful, your goal should be to build ‘career capital’ by mastery of valuable skills. Then when you’re good enough, your value will bring you cash.

People don’t spend their time building skills because it’s a slow process. The gratification isn’t instant. Some learn different exciting things at once but never stick to any.

If you’re not yet well to do financially, and you don’t have any skill you can monetize in the future, you’re setting yourself up for a difficult financial journey. Skills are the currency of the future.

3. You only work hard, not smart

Most of the poorest people are the most hard-working people you’ll ever meet out there. They’re under the sun, in the rain, breaking their backs just to make ends meet.

Of course, not everyone has the means to leverage other people’s resources, but the takeaway here is that building wealth isn’t just about working hard. You have to learn to also work smart.

Spend more time thinking of your strategies. Imagine what you could do right that will bring in 10x the result you’re already getting.

As a writer, I do this by evaluating my stats once in a while. I look at the kind of topics that do well. I also evaluate the works of other writers.

Sometimes I find that there are some topics with high search volume on google that I’m not interested in, so I hire someone to write them for me. Some of these articles will still bring in revenue years later.

“Too many people believe that everything must be pleasurable in life, which makes them constantly search for distractions and short-circuits the learning process.” —Robert Greene, Mastery

Most of the things you need to do to build wealth won’t yield immediate results.

Some of your favorite writers like J.K Rowling, Steven King, Paulo Coelho, Neil Gaiman, etc., all wrote for years before having their big break.

The things that matter often take time. This is why mastery is so rare.

If you can’t delay gratification, you’re going to keep looking for shortcuts all your life. You’ll start things and not finish. You’ll quit halfway out of boredom, drudgery, discomfort, pain, etc.

The dopamine reward system of most young people has been hijacked by these addictive platforms.

This is perhaps one of the most common habits that hold people back from building wealth. They impulsively increase their standard of living whenever there’s a little uptick in their income.

This is how you get trapped in the rat race.

If you can’t control your consumption habits, no size of income will ever be enough for you. You’ll work harder, spend more, and leave no room to build real wealth.

The alternative? Deliberately work on cutting and maintaining a lifestyle that makes you leave below your means. This will give you space to breathe, save up, invest, and get you out of the rat race.

I watched an interesting interview with a South African entrepreneur named Vusi Thembekwayo.

Vusi built his business — which is now worth millions of dollars — from nothing, in a time where the odds were stacked against him, plus, his father murthered when he was still young.

But one of the things that made Vusi so successful, as he explained to Tom Bilyeu on Impact Theory, was that he quickly saw the dangers in the excuses he was making.

He had a lot of excuses for not succeeding as a black man in South Africa, and all his excuses were valid. But these excuses held him back for a long time. And he never had his breakthrough until he started to act despite his excuses.

One thing I learned from that interview was that we all have excuses. And all our excuses are valid.

You can blame your parents, your economy, the government, your boss, etc. But no matter how valid these excuses may seem to you, they won’t lead to any positive change in your life.

People who build wealth take serious responsibility for their situation. They get creative. They start with whatever they have at their disposal and build something from there.

So many people get easily distracted by the need to make a splash.

They love the feeling of starting something new. But once the initial excitement wears off, they quit.

This is the guy who starts shopping for his new resolution to hit the gym and get fit, only to quit after the first week. Or the girl who was excited to start a YouTube channel only to quit after one month because she didn’t see immediate results.

As Denzel Washington once said,

Discipline is the most unsexy thing about building wealth. Some days you’re going to have to endure drudgery and boredom. It’s just how it is. And if you’re not disciplined, you don’t stand a chance.

The way I looked at money changed forever after I read my first book about money.

You don’t need to learn about complex stuff like investing in stocks. But you should at least make effort to read the basic stuff and listen to people who understand money. Don’t dismiss every topic relating to financial literacy as boring.

Learning about money makes you understand money isn’t some paper that you pursue for life. You start to see it as a tool. You learn to use it to create more opportunities instead of spending it impulsively on unnecessary purchases.

9. You already identify as poor

There are two types of poor people:

First, those who don’t have yet, but have the mentality of a wealthy person. They invest their time in learning skills, taking courses, reach out to people, and they know that with consistency, it’s just a matter of time before they see results.

Second, those who have identified as poor. These set of people have given up on anything related to building wealth. They don’t build any skills or envision a future where things could change. Building wealth is just a fantasy for them, a mission they don’t think is possible.

If this is you, understand that your beliefs shape your identity. Even if you’re not wealthy right now, you still have what it takes to learn the necessary skills to build wealth like any other person.

I come across a lot of broken, dissatisfied, and resentful young men and women every day, and these are some of the things I wished they knew.

Now you understand why it’s a bit difficult to build wealth. The odds are stacked heavily against you. But if you really want it bad enough, you can clean yourself up and build the right habits. It’s never too late to do the right thing.