Women Settle For Jerks For These 5 Reasons 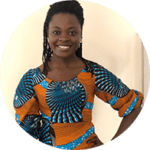 Yvonne Peters-AdzimahJuly 31, 2022Dating RelationshipsLeave a Comment on Women Settle For Jerks For These 5 Reasons 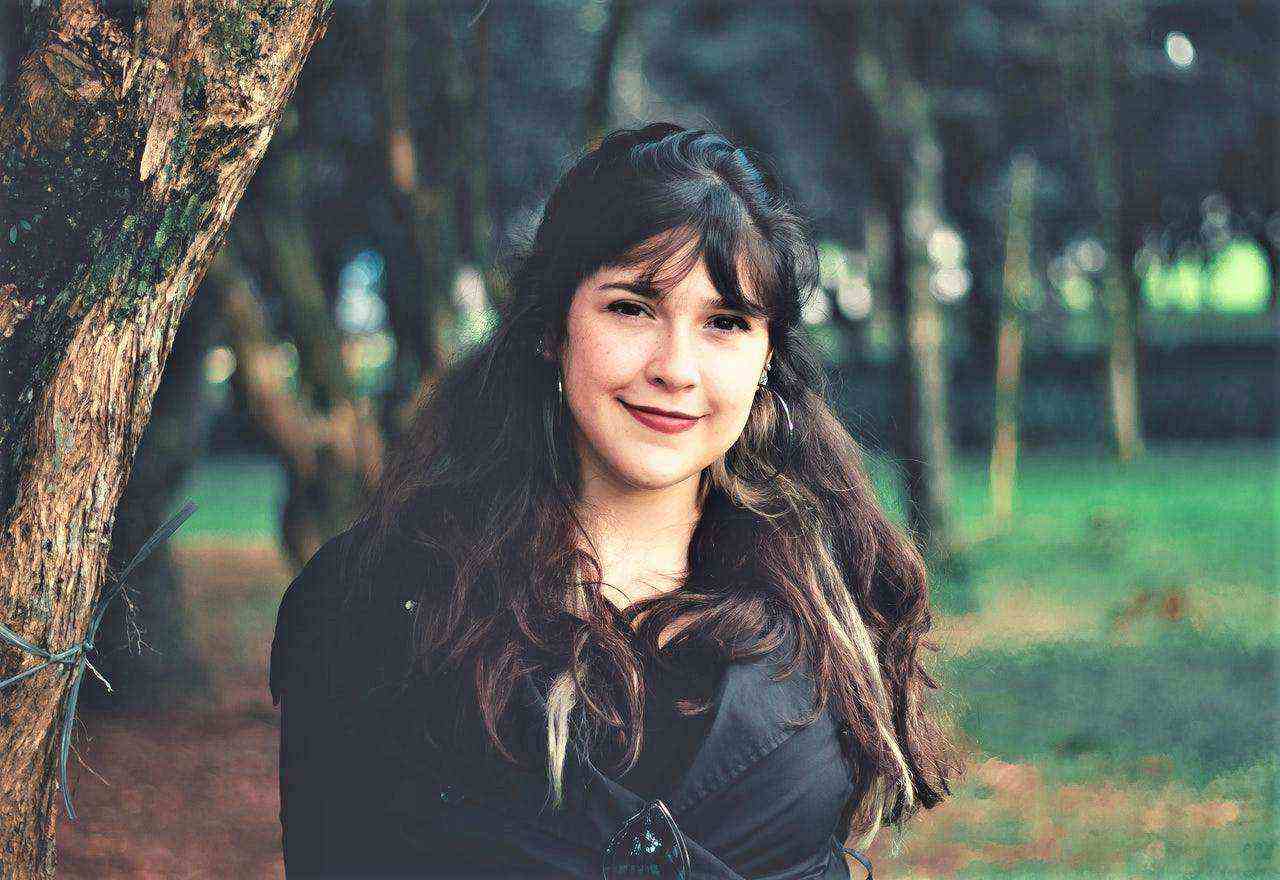 I pride myself on being a great judge of character; however, when my friends consider the jerks I have dated in the past, they totally disagree.

Like this one guy I dated (I actually dated him twice). The first time we dated, I broke up with him over allegations that he was seeing one of my close friends behind my back. But I still went back to him.

The second time we dated was about four years later after he apologized and said the whole thing with my friend was a misunderstanding.

One day I received a call from a stranger telling me she was dating my boyfriend. I thought it was a prank, so I did not even confront my boyfriend about it.

Then one time, we were at my place hanging out when he had a call, he picked up, and the discussion sounded intimate. When he hung up, he told me that it was his sister.

I realized he was lying because I knew his sisters and the girl who called was not; secondly, the number that called was the same one that called me days ago claiming to be his girlfriend.

When I confronted him, he stood there, speechless. I fell for this guy twice. How is that even possible?

I know you want to scold me; I would do the same. But I think there’s a bigger issue here. Consider these reasons why women settle for jerks.

1. Thinking you can change him

So, this “bad boy” I dated, I really believed I could change him. I invited him to church, tried to engage him in emotionally stimulating conversations about his life, and gave him books to read. Oh, how naïve I was!

Mine was a typical situation of trying to play therapist to “fix” my boyfriend, and of course, it failed. This is the mentality of most women who end up with jerks.

As the clinical psychologist, Forrest Talley, explained, most women end up in a relationship with a bad boy because they find it difficult to believe that those bad qualities are part of his core character once they are emotionally invested.

They think they can somehow change a “bad boy” to become more responsible, loving, respectful, and considerate of their feelings.

When women become “fixers” of the jerks they are dating, they may have a selfish desire to feel needed, and in many ways, it is their ego showing up on the assumption that they are better and therefore can change the other person.

Nobody can change another person. Don’t assume your relationship will become another story of I’m In Love With A Church Girl.

2. Jerks are fun and exciting

Jerks are never boring. They always have something intriguing happening in their lives, good and bad. They break the rules, get women out of their comfort zone and instill a yearning and fire that was not there before.

When it comes to sex, bad boys don’t shy away from discussing sex and making women squeak in delight. They are unafraid to venture into new territories and even break boundaries. As Forrest Talley further explained,

“The chap with a menacing disregard for social norms and a willingness to quickly escalate frustrations to hostility… No one is certain what prompts his escalation. But that is part of the appeal.”

Women love to be with men who make every day seem like an adventure. Of course, a “good girl” might be new to many things, sexually, so she enjoys these adventures even more — until one too many hearts are broken, and boundaries are disrespected.

3. Jerks are unafraid to approach women

Bad boys are always on the hunt for the next “challenge”. Women might feel special when jerks approach them and ask them out, but the sad truth is that the guy would have just as equally asked the next woman.

To him, there is nothing special about you. He’s just unafraid to approach you, and rejection does not faze him.

Women find confidence in men sexy, and jerks have a lot of confidence to dish out. They might only find out later that this confidence is a cover-up for what lies beneath.

Also read: 5 Mind Tricks Bad Boys Use to Get Any Girl

Bad boys easily identify women’s insecurities because they have been in the game long enough. Their playbook is full of tricks.

Unfortunately, by the time they start to see that he’s a jerk, they are already over the moon about him.

Some people grow up avoidant of closeness, while others are clingy and scared to let go. Jerks can tell if you fall in either of these categories and will start playing the perfect boyfriend role, but eventually, he will take advantage of your insecurities.

Most people assume that guys who are jerks are confident in themselves because of how they behave around women. They might have no problem flirting with women, complimenting them, and asking them out, only to break their hearts later.

The truth is guys who behave this way may have no or very low self-esteem. They act like the “bad boy” or “ladies man” as a cover-up to all their insecurities and lack of self-esteem.

The “bad boy” demeanor is only a mask to hide how he feels on the inside.

Because most women also suffer from low self-esteem, when they meet bad guys, they quickly fall for the initial charm, the appearance of confidence, and the semblance of true love.

Women’s low self-esteem makes them doubt their worth and the idea that someone better might want them. They fall for the jerk appeal, and sometimes stay in these relationships even when they know the guy is not good. They may stay longer in such relationships than necessary.

Okay, so how do you tell when a guy is a jerk? I wish somebody had told me this before I spent years of my life dating one.

Yes, all guys have testosterone, but jerks are what evolutionary biologists would call hypermasculine. Their boldness is connected to exaggerated sexuality from perceptions of what they believe women want.

2. They may be rebellious

At the start of relationships, women find this rebelliousness intriguing. Especially if you are a “good girl”, there is something about the rebelliousness of a bad boy that excites you, but watch out. The same fire that attracted you might burn you later.

3. They are emotionally unavailable

They won’t want to have soul-searching conversations or connect with you on a deeper level. It’s a skill they just don’t have. If you crave emotional connection, you will know soon enough that you have the wrong guy on your hands.

After dating many jerks, at a point, I had to realize that I was looking outside for love, affection, and value when I needed to look within.

There will always be bad guys; I can’t change them, but I can work on my self-esteem and insecurities, which drive me to fall for them in the first place.

On the night when I confronted my boyfriend for the second time when he was cheating, I opened my door and yelled at him to get out. Once he was out, I decided I won’t open the door to my heart again to another jerk.

So, I went straight to work on myself. Here are a few key transformations I have gone through:

We love to hear guys say, “you complete me”, “I’m nothing without you”, and other sappy stuff like that; I don’t buy it anymore.

I want a guy who comes whole, not broken. Someone whose life is going somewhere, and even if I’m not in their lives, they are still good.

Because that’s what I’m trying to do, I’m not looking for a guy to “complete me”. I’m building my confidence and self-esteem and know I’m worthy of love. Love from a “good guy”. I don’t need one who validates me today and withholds love from me tomorrow.

Girl, you’re still not done understanding yourself. You might have been trying so hard to change some habits, and even that is difficult enough. How do you think you can change another person?

Don’t make a man your “project”. It will not work.

The bottom line is women fall for jerks because these guys take on the “alpha male” persona and prey on their low self-esteem and insecurities.

Some good guys may be afraid to approach a woman, but bad boys usually are not. Women are more likely to go for a confident jerk than a less confident “good guy”.

But just because they ask doesn’t mean you should settle for jerks. You can do better.

Related: 4 Weird Things That Will Make A Girl Want You More